Sept. 2, 2012. A protest against the Indian Congress that is Anti-Hindu and Pro-Islam. 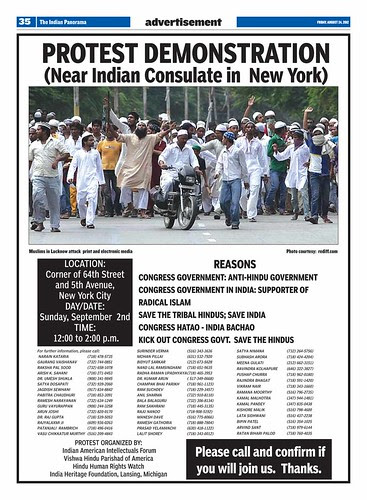 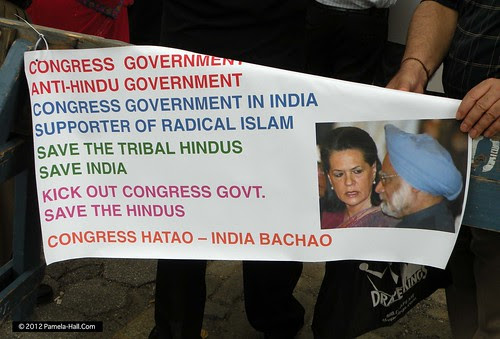 A  "Charge Sheet against the Congress Govt. of India" 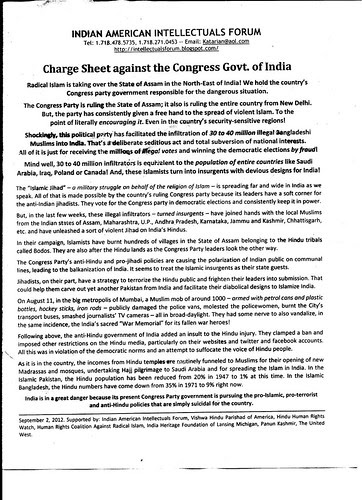 "Save the Tribal Indians. Save the Hindus". Kick out Congress." 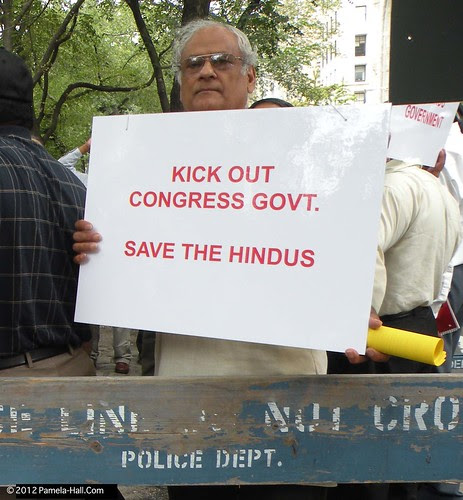 Short video of the chants (not all were in English,) but did manage to catch "Say NO to Sharia Law" 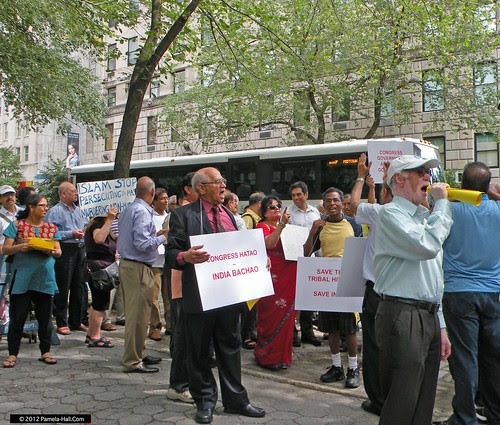 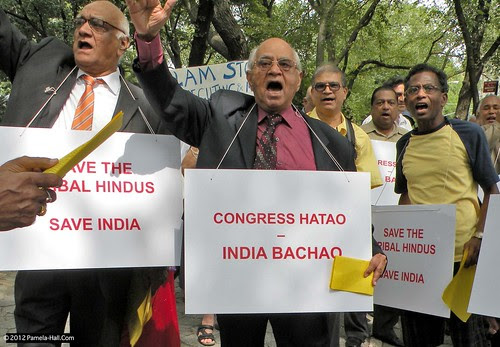 A very small rally in opposition was supporting the Indian Congress. An anti-Hindu counter-protest preaching 'peace' by forming an alliance with the "Religion of Peace"... aka Islam... and ignoring the victims cries for help. 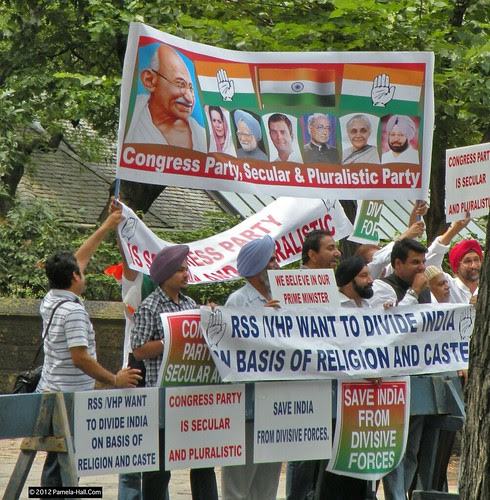 But, the Hindu victims are NOT being ignored as these signs made very  clear. 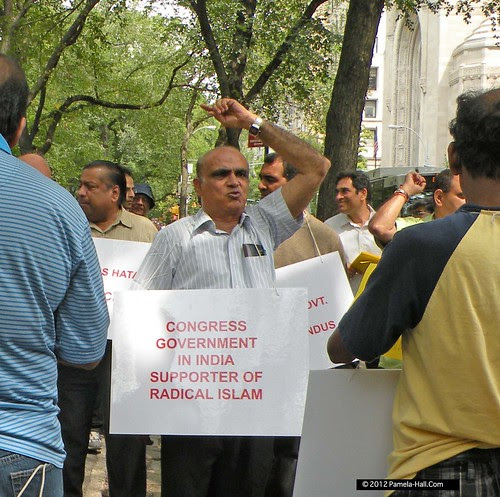 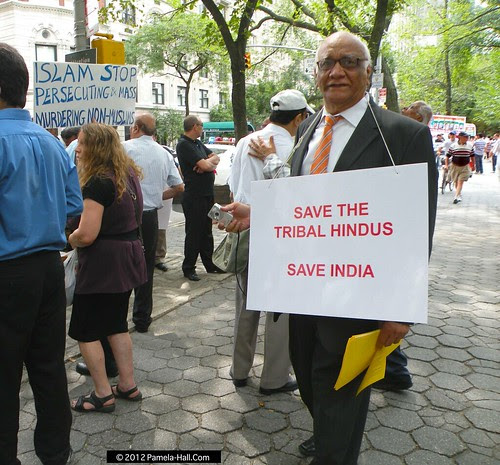 "HUMAN RIGHTS FOR ALL! NO TO SHARIA LAW in US OR INDIA!" 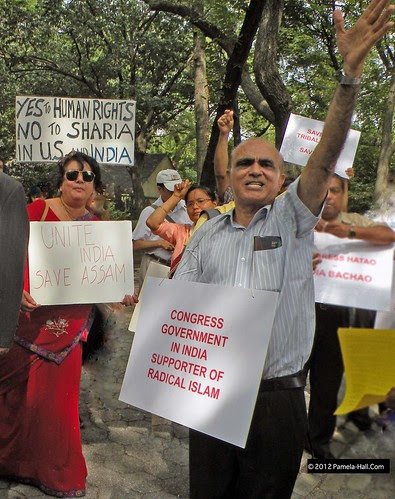