Please Scroll down for video

July 27, 2010, at the latest Community Board 1 meeting in Lower Manhattan, concerning the Ground Zero mosque site , Pamela Geller and Robert Spencer were among many members of the community who spoke to the committee; once again enumerating the many reasons the mega mosque at 45-47 Park Place should not be approved and why the building should be granted land mark status.

Be sure to check out Atlas Shrugs to read more about the meeting .

And don't forget: To join SIOA and FDI in a solemn protest against the 911 mega mosque at Ground Zero on September the 11th in the afternoon, after the memorial services — exact time and date to be determined. World leaders, prominent politicians and 911 family members will be speaking.


Please go to www.sioaonline.com for updates on the rally.
Posted by Red Squirrel (Pamela Hall) at 2:21 AM No comments:

UPDATE- JULY 17: A few photos have now been added along with all 5 videos (please scroll down)

Part 2 of 5 continues with speakers who are for and against the landmark status amongst these (in Part 2) are Robert Spencer (more from Robert Spencer at Jihad Watch ) and Rick Lazio. However, the Cordoba Initiative had da'wha on the agenda so it was a meeting that had a very difficult time staying on topic which was, landmark status!

Part 3 of 5 ( in switching tapes, lost name of woman speaking at the top) Speakers continue from both sides. At approx. 15:00 there are three speakers in support of landmark status who are very compelling. Also, in Part 3, the lunatic commie heckler is finally removed from the auditorium (that was over an hour in to the Public Hearing) Very unfortunate that the police permitted him to interrupt the speakers for so long; speakers who supported landmark status.

Part 4 of 5: July 13, 2010,Hunter College. The NYC Landmarks Preservation Commission held a Public Hearing on the landmark designation proposal for 45-47 Park Place (aka The Ground Zero Mosque). The speakers continue from both sides. There were even more speakers who lost family on 9-11 and spoke in support of the landmark status.

Part 5 of 5: Even as the meeting wound down, and the press was thinning out, there were still quite a few speakers, some of whom were very articulate as they pressed for landmark status. The press that remained focused so closely on the pro-mosque speakers, they manage to miss some very compelling speakers from the pro-landmark side.

UPDATE: According the the NY Daily News, the name Cordoba Initiative will disappear. Seems El Gamal and company as they held their quick confab off on the side of the audience (post Commission ) have grown weary of hearing the historical, factual meaning of Cordoba . So let's put some "Lipstick on the pig"! The new name for Cordoba House is now the rather BLAND: Park51. (Read more HERE on this obfuscation from Atlas Shrugs)

Posted by Red Squirrel (Pamela Hall) at 1:29 PM No comments:

UPDATE (7-9-10) Added second video (please scroll down) and also added (7-18-10) an edit of Part 1 with the interviews only of Joanna Marzullo, NY Ice President:

.
In support of the State of Arizona, Patriots from NY-Ice, held a counter-rally at 46th street and Park Avenue in Manhattan. 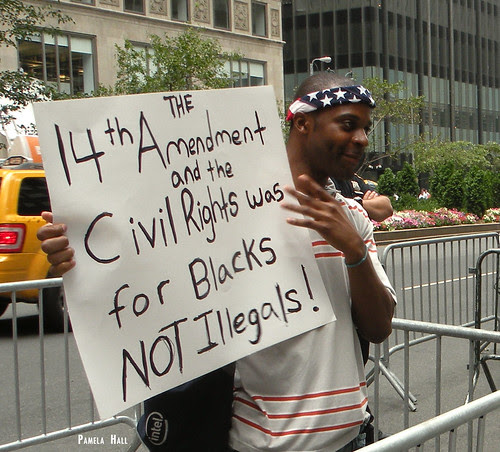 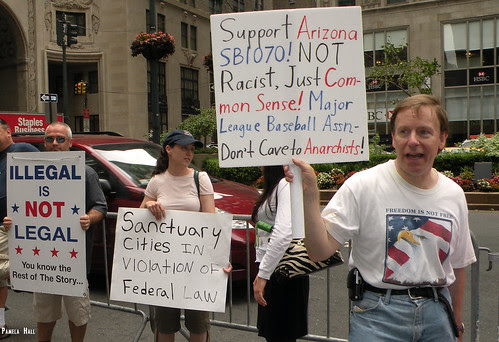 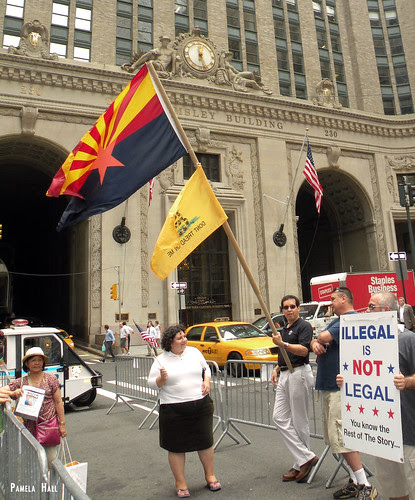 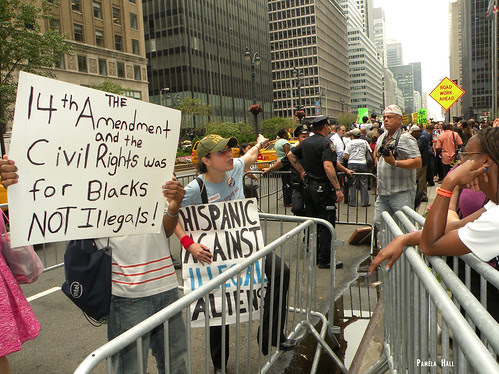 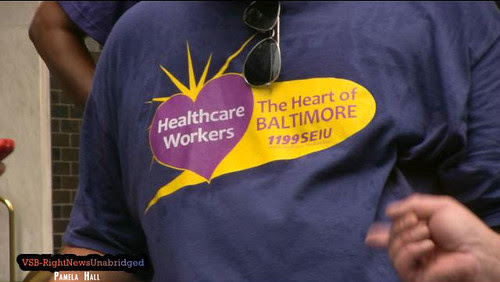 ...As well as the new ACORN ( NY Communities for Change). All they did was CHANGE their name.... 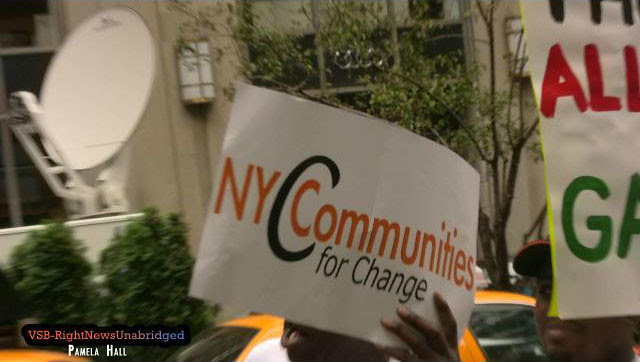 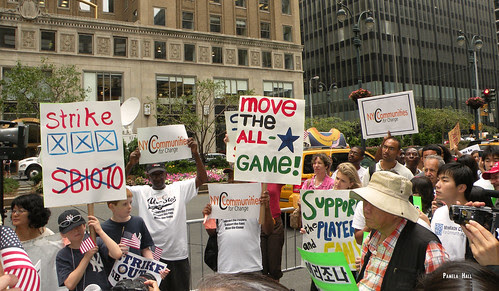 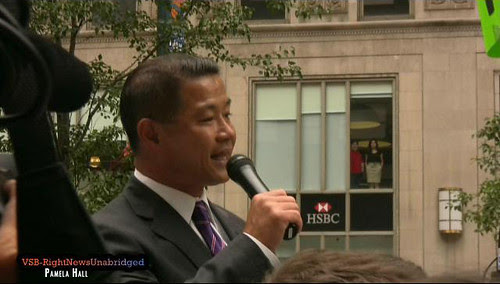 And the "never found a rent controlled apartment he couldn't have" Charlie Rangle: 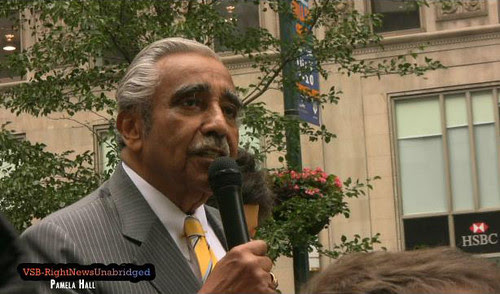 Caught some film of two of their agitator- loons in Part 1 and heard words of support for Arizona and their Governor from Joanna Marzullo , President of NY-Ice


The Lefties sent two of their loons out to grab the attention of the press...like they need to 'get ' their attention...They even had SEIU handlers to wrangle them... 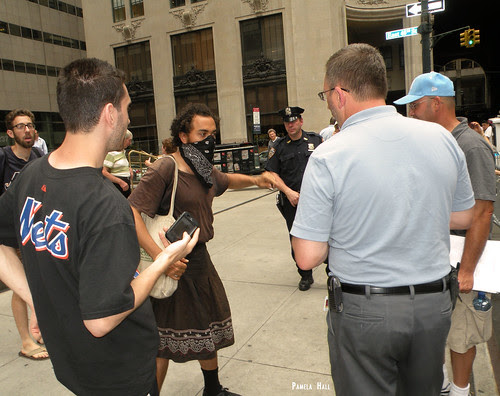 
On a positive note,the new legislation, SB 1070 is due to go into effect on July 29. The State of Arizona intends to enforce Federal Immigration Law. Doing the Job the Feds refuse to do! 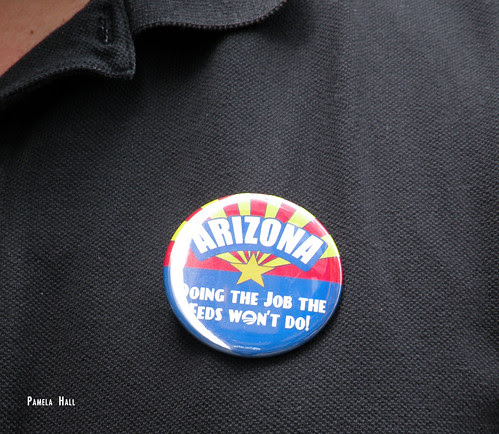 For more info on NY- Ice go to NYICE.US

And a Slide- show of pictures here:

WE WELCOME YOU TO NEW YORK, Netanyahu


WE WELCOME YOU TO NEW YORK AND WE STAND WITH ISRAEL 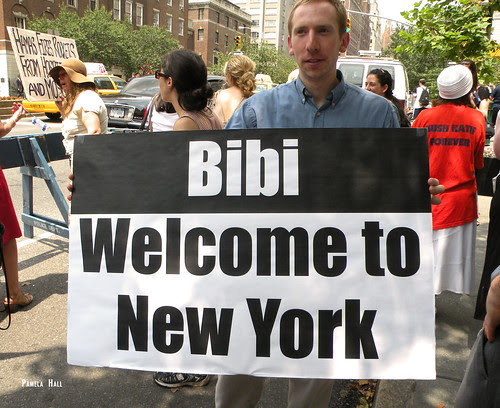 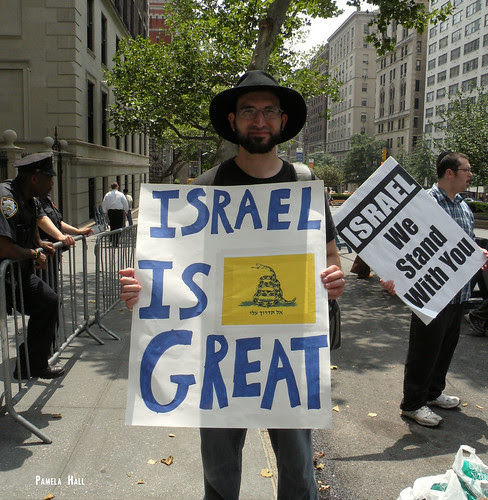 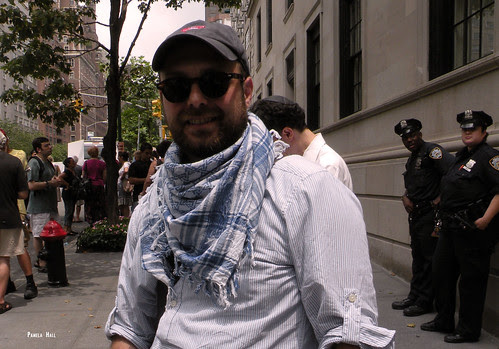 There was a show of support for Prime Minister Netanyahu, on Thursday, July 8, 2010 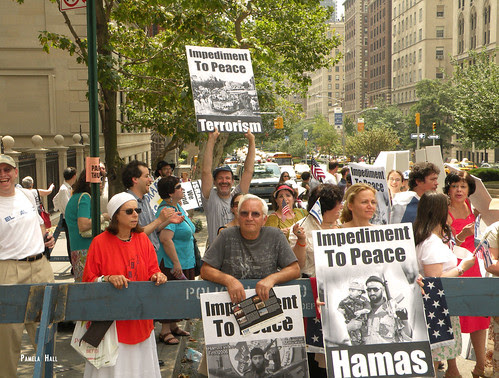 Following his meeting with President Obama in Washington, the Prime Minister addressed the Council on Foreign Relations, where he was met by some anti-Zionist groups who protested his appearance.


Slide show of both sides:

Neturei Karta, they usually just stand around confusing the passers-by... 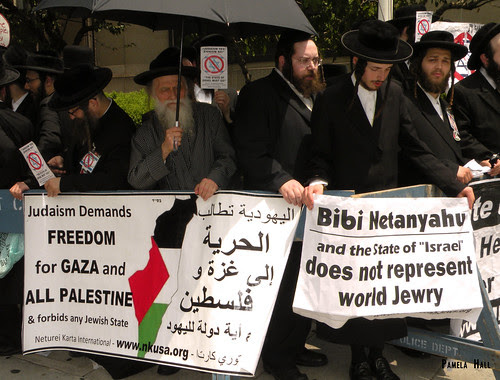 They decided to try some chanting at this protest:


Perhaps next time they might choose a different leader since their chants got just a bit too complicated....and basically ...fizzled .... out.... On a more serious note, it is so unfortunate ...so FOOLISH....that the Neturei Karta want to 'hang-out' with these leftists: After we left. As we walked back to the subway...this was embedded in the sidewalk at 60th St and 5th Avenue... 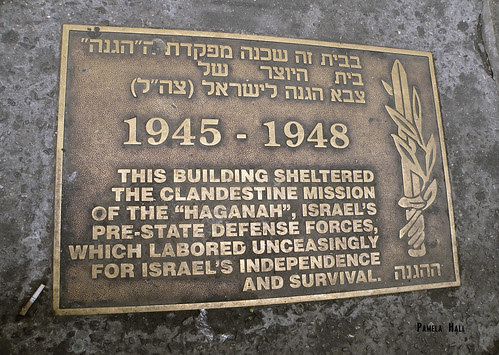 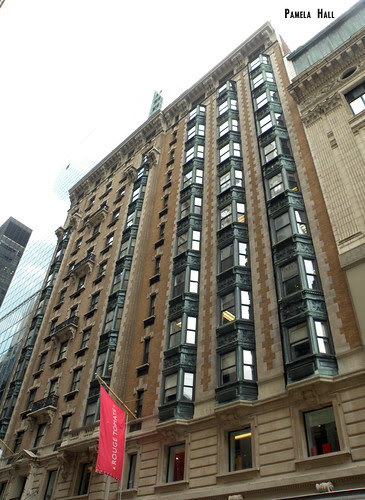 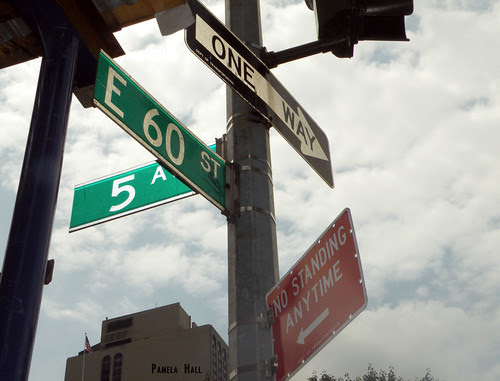 Posted by Red Squirrel (Pamela Hall) at 9:06 PM No comments: