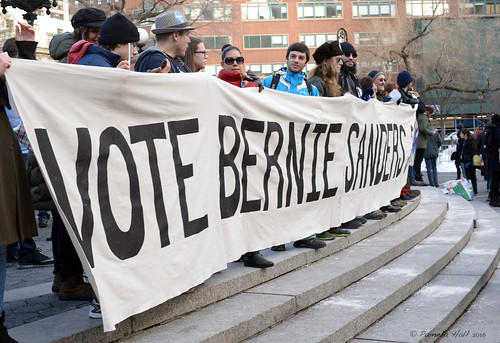 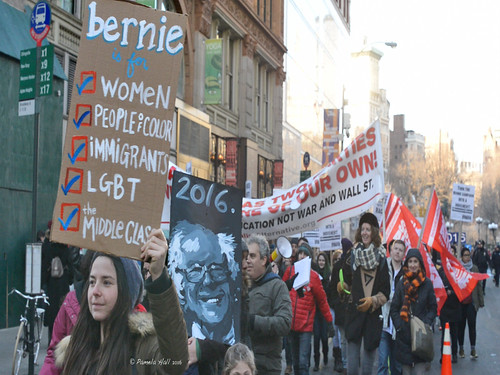 The "Millennials for Bernie Sanders" Community 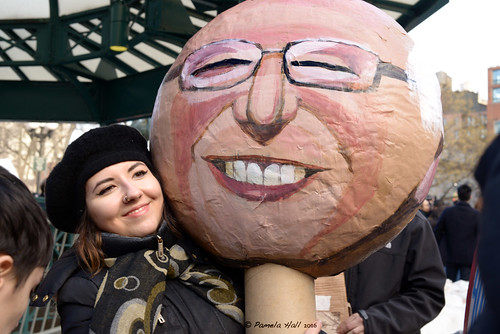 They eagerly answer the siren call of  Socialism. 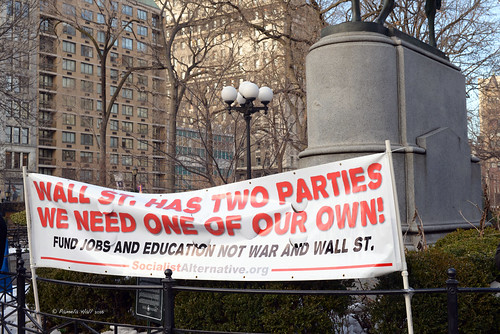 "Power to the People" 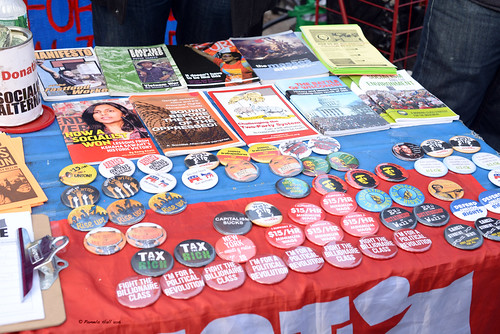 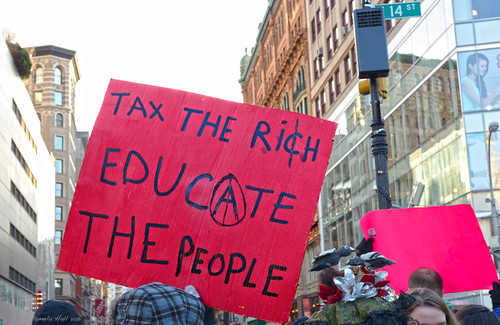 The Promise of Socialism excites the many. 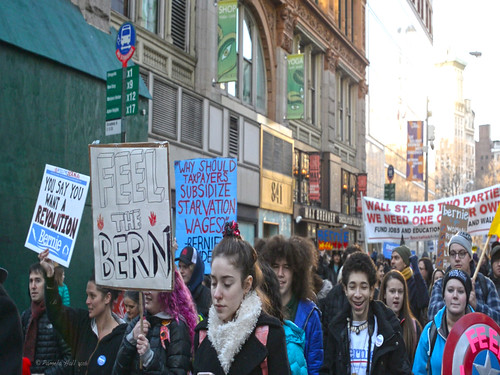 Hoping For a Revolution. 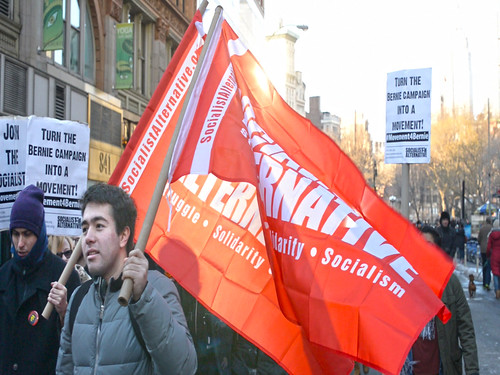 So--Bernie-Mania -- perhaps this is this a good thing. 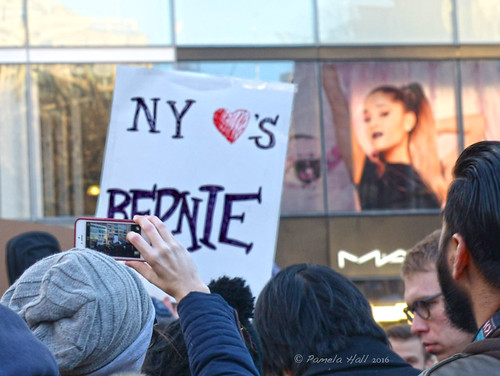 Votes deflected from the Hilda-beast (a definite plus) 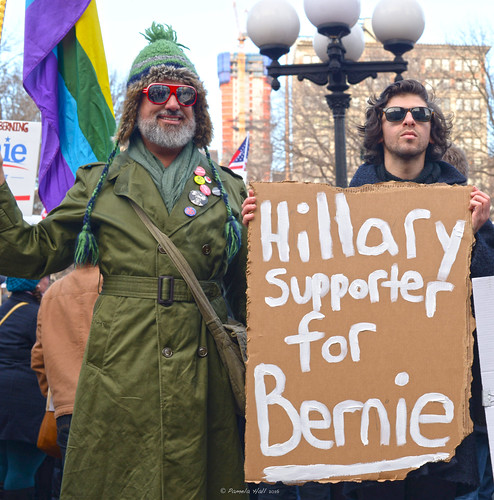 *After years of Obama-mania * can America
HOPE to avoid another Socialist in the White House? 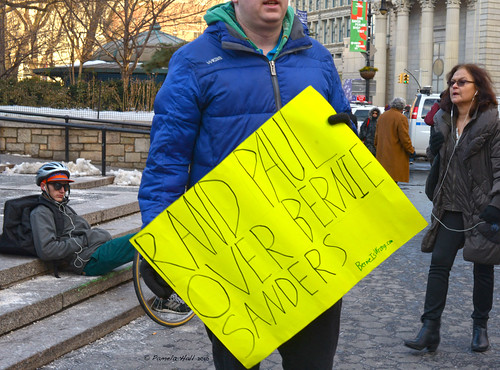 I found one lone dissenter to the Bernie-nuts 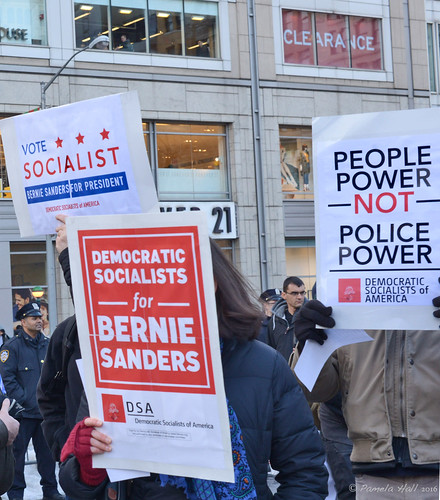 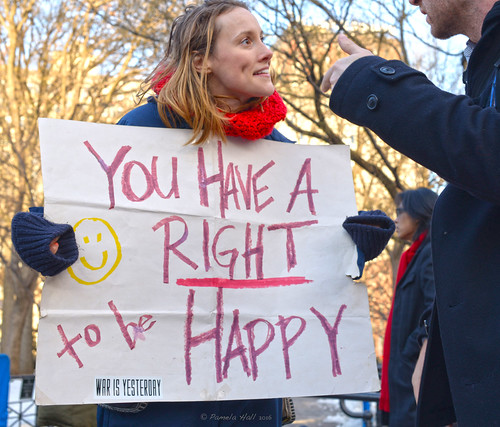 Will we get Bernie? (or *sigh* Hillary) 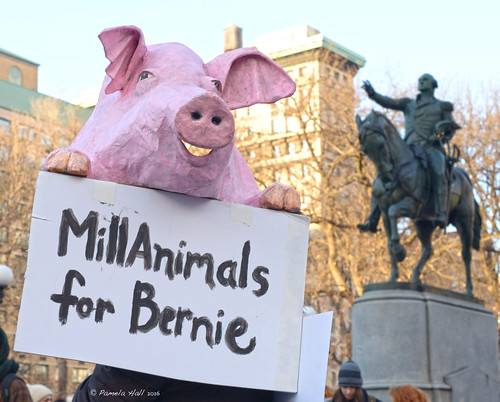 --- The next-gen of the hopey-changey machine may decide --- 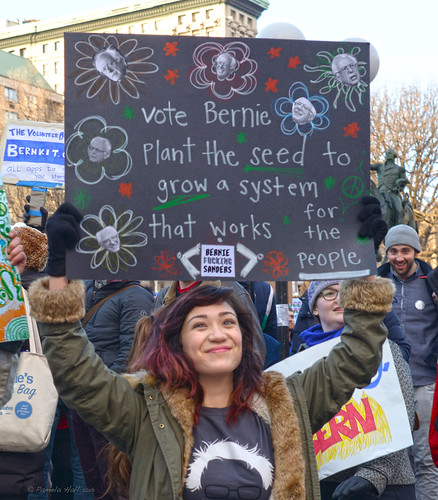 Part 1 (Video) approx. 3 pm
As the "March for Bernie" gathered in Union Square.


Our "hostess with the mostest' : Moumita Ahmed

Her bio : "Class-war activist, digital grassroots organizer, social arsonist, eco- warrior princess. She also says that.".. as a Muslim I support Sen Sanders because he understands Islam is not the problem it's income inequality".

Moumita warned the crowd that they were not there to BASH the other candidates. Because "this march is a LOVE Train" (said while standing next to a Bash Hillary Pinocchio Theatre - performance art- Show) 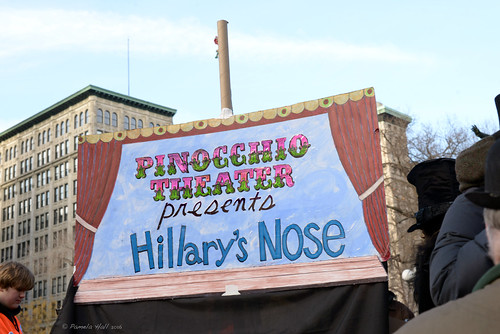 This is a people's march so we don't want to impose any rules but please remember this is a positive march. 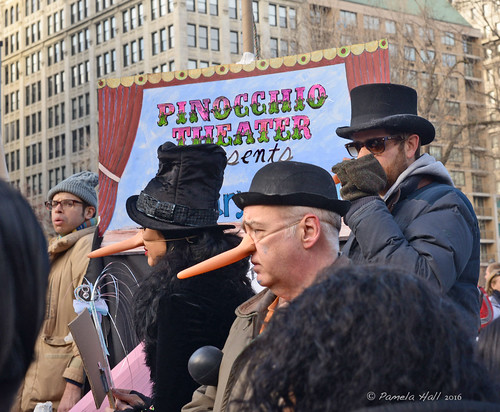 We the organizers are requesting marchers to not engage in activities related to Hillary bashing. 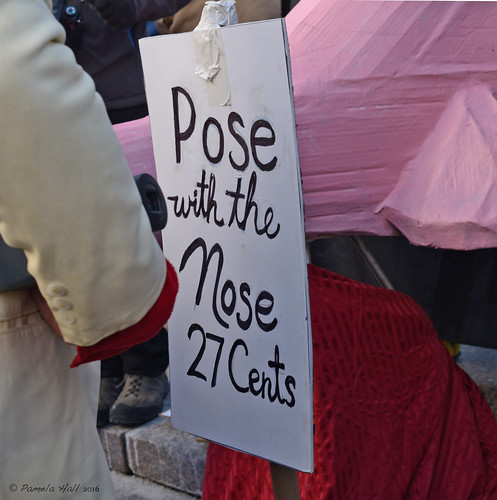 Let's not give Hillary any ammo or any air time at our march.

Part 2 (video) Moumita "This march is a LOVE Train!" Ahmed


AND MORE ON .... WHY WE ARE MARCHING....
"2016 America is a scary, uncertain place. Income and wealth inequality has hollowed out the middle class, leaving millions of Americans left out of the economic recovery." 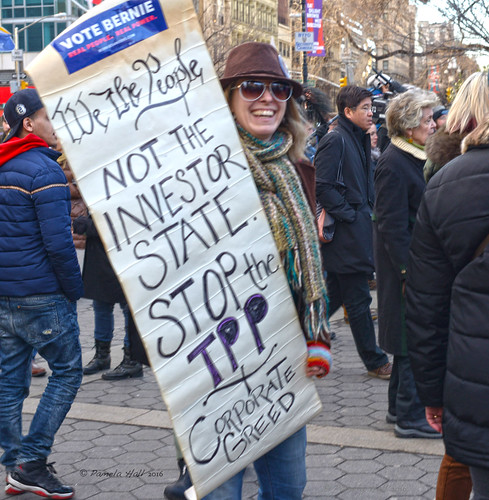 "Young people are graduating college with massive levels of student debt and are unable to find adequate employment."

"Carla" waxes on about FREE College. Ol' Bern will make that happen. Free College. Free Money. (Thanks to Bernie she won't have to go to Canada for her college degree anymore).

"Workers in many industries are earning starvation wages in one of the wealthiest nations on Earth. Women are having their abortion services eliminated in many areas of the country, as the attack on women's health organizations such as Planned Parenthood continue to intensify. 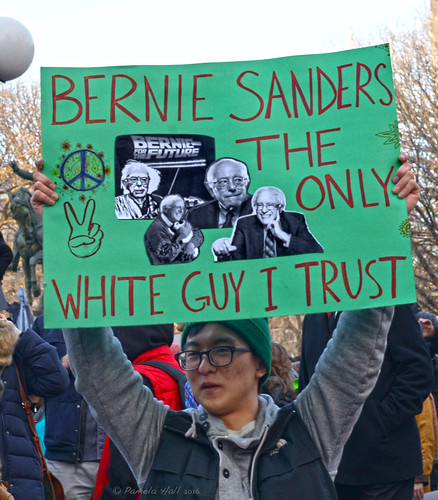 Black people are brutalized and murdered by police everyday, immigrants live in constant fear of their friends and family members being attacked or deported, Muslim-Americans are treated like second class citizens, and the poor are being pushed out of their communities due to rampant gentrification."

Part 4  (video )Megan from Socialist Alternative and "15 Now" .  Megan works the crowd. Well rehearsed on how Great Bernie is and "ever shall be".


"Our political system is completely corrupt, choking on high-paid lobbyists, SuperPACS, and dark money. We frequently elect politicians who fall to these pressures and fail to address our very serious issues. Meanwhile, prime-time debates have war and ISIS in the cross-hairs, leaving a deafening silence where urgent dialogue and action on domestic issues is needed. 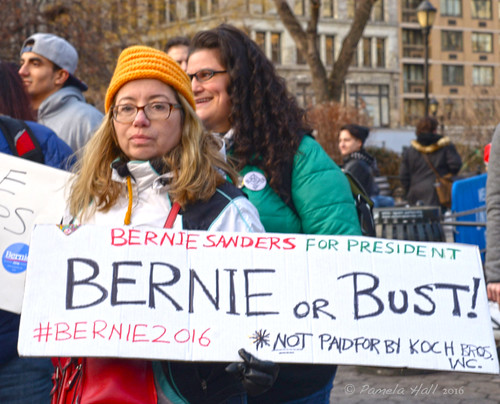 Sometimes, It might seem easy or convenient to give up but in our darkest hours, we must remember this quote from Bernie Sanders:

"All over this country we have a lot of bright, decent, good people. They're saying, 'You know what, this situation is hopeless. You can't beat the Koch Brothers, you can't beat the billionaires... you can't win. I'm giving up.' That is exactly what they want us to believe. And I beg of you, do not enter that world of despair. We can win this fight if we stand together.” 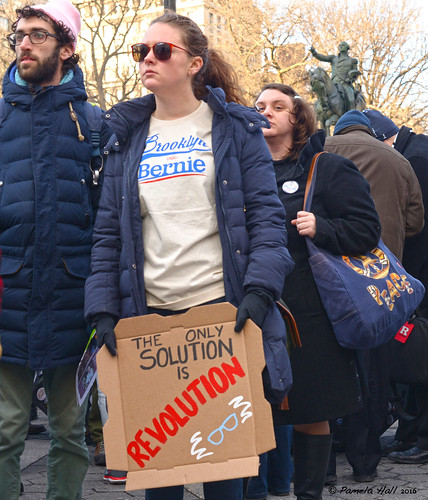 "This is a political revolution against the billionaire class!" 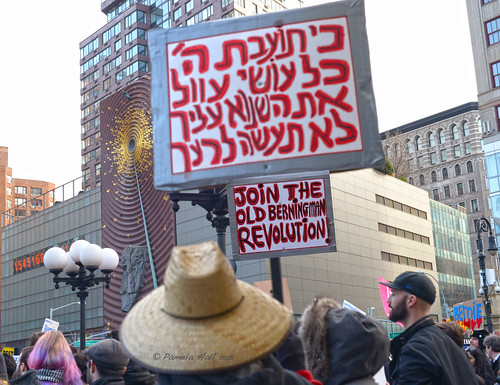 Part 5 (video ) The MARCH begins! Ernest. Smiling. Just what the Doctor (demento) has ordered as they chanted, listened to speakers and then danced down Bdwy --- the Drum BEAT to Hell GOES ON ...

"Thank you all who marched with us today. 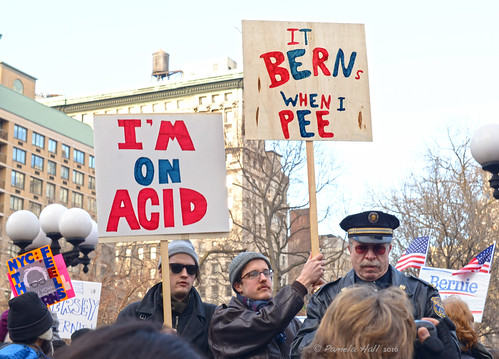 We will win this revolution because of people like you who are willing to come march in the street for each other. WE LOVE YOU!"
++

Playlist of the 5 short videos