December 30, 2008. Outside the Israeli Consulate in Manhattan.

Day 3 of the 'palis' hatefest against Israel.

The 'fakestinians' were smug and rude (of course) Sadly, this was a day that saw a nationwide assault on our cities by every Leftist group that supports terrorism. Take note-this is BIG RED FLAG...the stealth jihad is here! It's not just Israel that is threatened with annihilation. The Pelosi-Reid OBAMA nut-jobs are out for blood...it's all blood-sport for the Lefties. Look at their evil SMILES... they are encouraged...way too encouraged...

We must EDUCATE the average American who remains unaware of how serious things have become. The young muslim males we watched and listened to are filled with anger. They're in America, protected by our laws and our police and they HATE us. They definitely hate the Jews. And our police in New York are getting real testy. REAL nasty... there was a lot of bullying going on towards everyone without a press pass. Now, there was NO press pit. It was ALL public streets. But, the cops were harassing anyone who tried to get pictures. No pictures, keep moving. Don't stop and take a picture. Don't walk and take a picture. I was told more than once I was going to be arrested for pausing to take a picture. It was difficult to see any logic to that type of bullying. Were the police edgy because things are so heated...okay...maybe...but freedom of assembly...freedom of the press looked gravely endangered this evening.

And THANK YOU. Stand With Israel!

To see all the pictures

From Greeley Square to the Israel Consulate at 2nd Ave and 42nd St...the Nut-Roots were on the march. Thick with the hate Israel propaganda and lies...

Part 2 as they go around Bryant Park to 42nd St.

Update on his sentencing:

" .. the judge sentenced Alessa, now 23, to 22 years in prison and a lifetime afterward of supervised release — and Almonte, now 27, to 20 years and the same lifetime of supervision. Each man had come onto the radar of federal authorities in 2006. And in 2009, the NYPD officer had begun meeting with and extensively taping them. Then, in June 2010, they were each arrested in the moments before they were set to jump onto airplanes at John F. Kennedy International Airport bound for Egypt, a key step, say federal authorities, in their ultimate plan to reach Somalia”

They admitted to conspiring to kill, maim and kidnap persons outside the United States by trying to join al-Shabab, a designated terrorist organization.

"The defendants planned and trained for a mission that began in their New Jersey neighborhoods and would end with the murder of innocent civilians." (They wanted to kill Americans)

Almonte, 24, of Elmwood Park, is a naturalized citizen who was born in the Dominican Republic. Both are Muslim.

From VSB:  We never found out who Carlos' friend was (in the 'Death To all Juice' picture I took in December of 2008) though at times I think he might be a clean-cut Mahmood Alessa. But,we do know the other guy is Carlos Almonte and since some think my picture was photo-shopped (just taken with a lousy camera) I compiled some pics and video from that day in front the Israeli Mission. It shows Carlos hanging with the vile HATE groups: the Islamic Thinkers/Revolution Muslims. And eventually holding that infamous poster. "Death to all Juice" (Death to all Americans !) 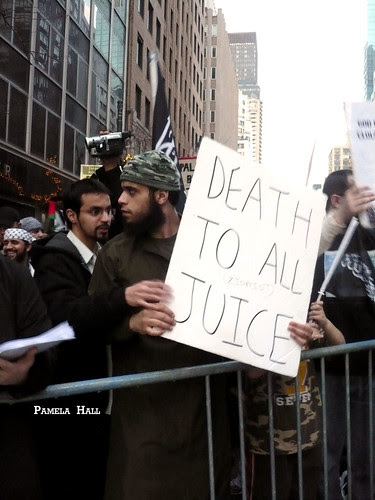 More from Fox News: "The New Jersey case is one of the first to tie both Anwar al-Awlaki, an American cleric and Al Qaeda operative in Yemen, and Omar Hammami, an American-born member of al-Shabab, to a single plot. Prosecutors allege that Alessa and Almonte were inspired while listening to videos from both Awlaki and al-Shabab.... a new generation of digital jihadists, who take their inspiration from the web and do not have direct personal contact with clerics like Awlaki." And HATE groups like the Islamic Thinkers Society...your are known by the friends you keep...

My "Death to All Juice" photo is actually Carlos Almonte of Bergen, NJ. Carlos is one the two terror suspects recently arrested. "Who knew that someone who advocates genocide would turn out to be a terrorist" (sarc intended).

Lots of coverage that began with My Pet Jawa matching Carlos to our Juice photo. Peoples Cube has even more to say on the aspiring Jihadis as well as Atlas Shrugs

What follows is the original report in Dec 2008. "Death to all juice" photo taken by RedSquirrel of VSB)

And how's this muzzie for one JUICY NUT-JOB! (Carlos "Omar" Almonte)

(More pictures and videos from from The Squirrel Brigade as we followed the hate Israel protests... just scroll down the page)

Always ready to spew their hatred for Israel, the rabid Leftists (International Action Center, Code Pinkos, Al-Adwa, Adalahs and Answer) hit the streets of New York, Sunday December 28, 2008 (at 2 PM) at 50 St and Fifth Avenue, with a crowd that also included "palestinians' and the unfortunate Naturi Karta. There seemed to be an unending parade of muslim young men and women (many with children) Were they ALL pali's? Guess we are ALL 'fakestinians...if we 'wannabe'...

Lots of NY city police (many more looking muslim each time there is such an event) and all are doing extra Sunday duty...over-time, right? Our tax-dollars at work! Cops standing on top of a truck, mounted police...extra officers standing all around...waiting... all ready to walk these anarchists and 'palis' over to the Israeli Consulate. Then, finally!... there was a lot of rushing around at approximately 3 PM. The sidewalks of Fifth Avenue were blocked with over-flow so they started their march amid lots more instructions as they tried ever so hard to get the marchers into a single-file for the avenues( Second Avenue in particular was grid-locked with protesters) . Of course, there were lots of their own cameras (as ALWAYS) But, was there any press? We think not...it seemed to be the usual photographers that record their actions for 'posterity'.

Once we arrived at the Israeli Embassy, the Islamic Thinkers were waiting for the Fifth Avenue marchers and now the police earned their dollars...co-ordinating two blocks of marchers from 44 to 42 streets. Pens opening and closing as they did a lot of crowd control. Not sure this merits too many oo's as the crowd was placed in narrow pens OFF the sidewalk for those two blocks so we're not talking thousands.... Still, it was a large enough crowd to be unsettling.

There are many familiar faces in the videos and pictures and all calling for the destruction of Israel. Some people passing by look confused. Most just keep right on walking, but what should be of concern is that while these Anti-Israel protesters swarm our streets, we aren't out there countering the lies and propaganda. WHAT are we going to do about this, America! The lies must be stopped!

part 4
Code Pinko flipped us off at about 6:37 and Time For Prayers again when 5 PM rolled around...

Posted by Red Squirrel (Pamela Hall) at 8:06 PM No comments:

Sunday in New York...The Brigade went looking for some special CHRISTMAS gifts and found something is rotten in the State of...It's X-MAS in New York...and the Virgin Mega Store wants to share some very 'special' gifts with YOU...to go under that very SPECIAL Holiday Tree. Tis the Season...

Scout Troop 604, veterans, families, Patriot Guard Riders and Gathering of Eagles all remember the fallen at the National Cemetery at Farmingdale, NY on December 13, 2008

On this day, December 13, 2008, thousands of wreaths were laid on the graves of veterans at cemeteries across the entire United States. This tradition was started by the Worcester Wreath Company of Harrington, Maine, whose owner, Morrill Worcester, in 1992 began sending a tractor trailer full of wreaths to be laid at the graves of our heroes in Arlington National Cemetery near Washington, DC.. to read more go to NY Gathering Of Eagles

Posted by Red Squirrel (Pamela Hall) at 9:03 PM No comments:

Posted by Red Squirrel (Pamela Hall) at 8:49 PM No comments: 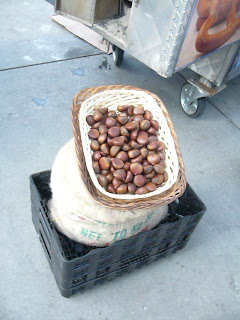 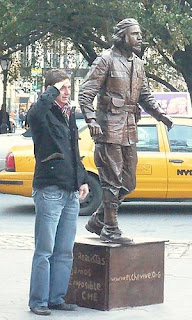 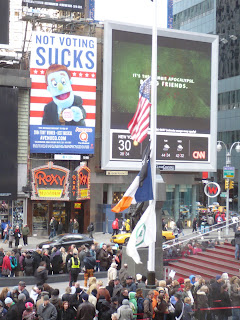 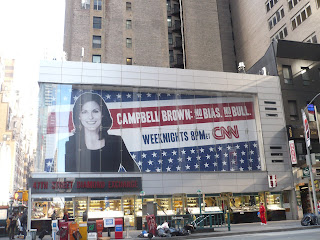 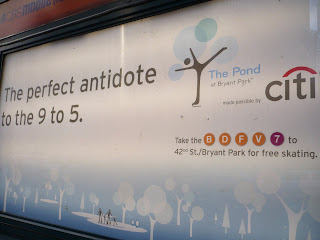 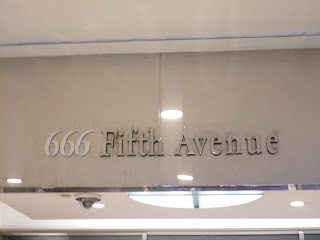 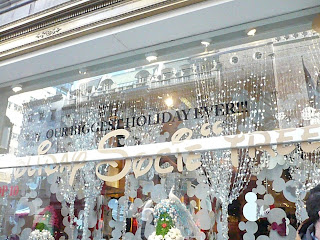 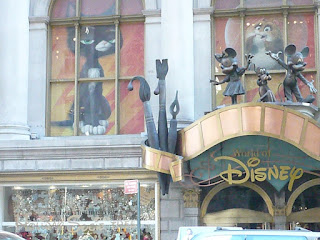 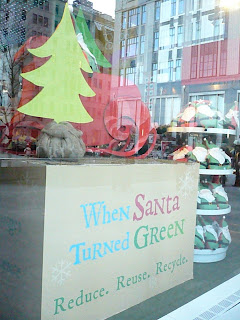 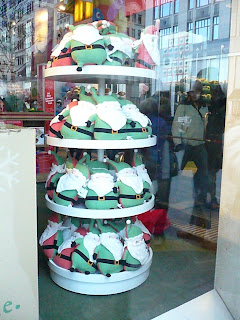 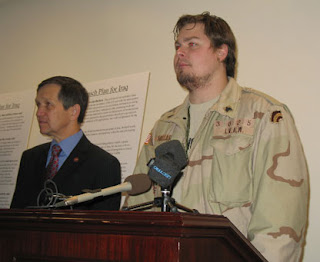 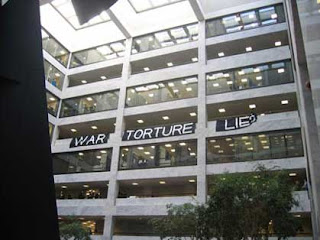