Ted Cruz - We shouldn’t have one rule for rich hedge funds in Manhattan and a different set of rules for every other American. 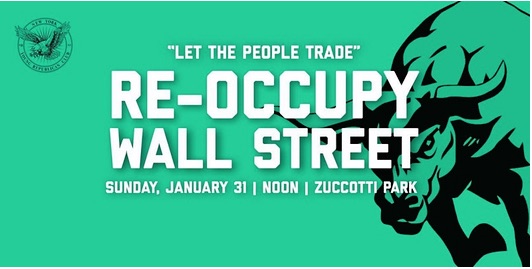 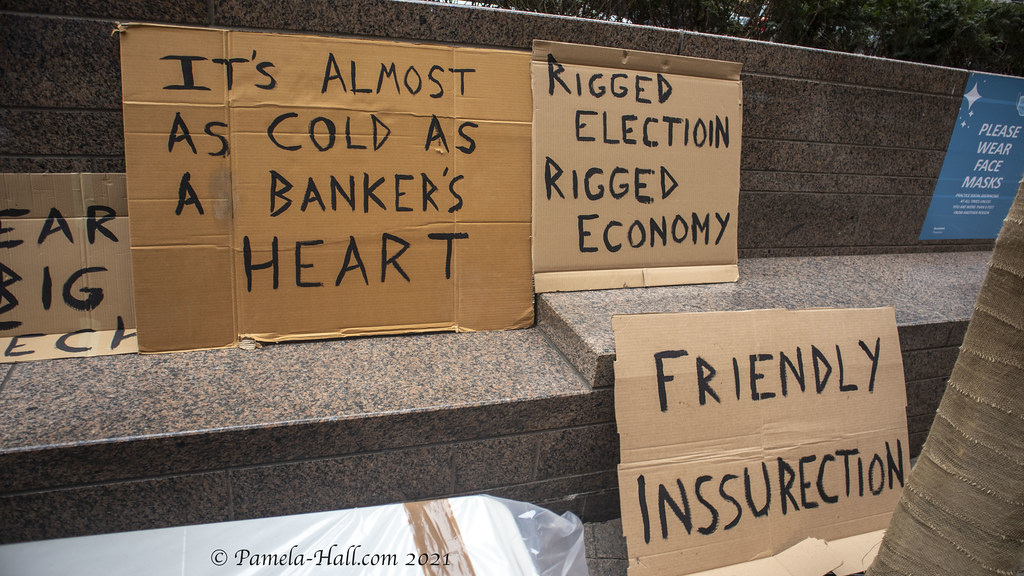 Today the NYC Young Republican Club was out to RE-Occupy Zuccotti, demanding that The People be allowed to trade.

The group is co-opting the Occupy name to push populist policies in light of the GameStop short selling fiasco.

"Wall Street hedge fund hypocrites, "corporate oligarchs"  are "screwing the little people". One more assault on our economy as the world according to Biden and the CCP communists continues to spiral." [NY Post]

This whole mess with #WallStreet is about to make people on BOTH the Left and Right realize we have found the new class of “robber barons”—hedge fund managers. 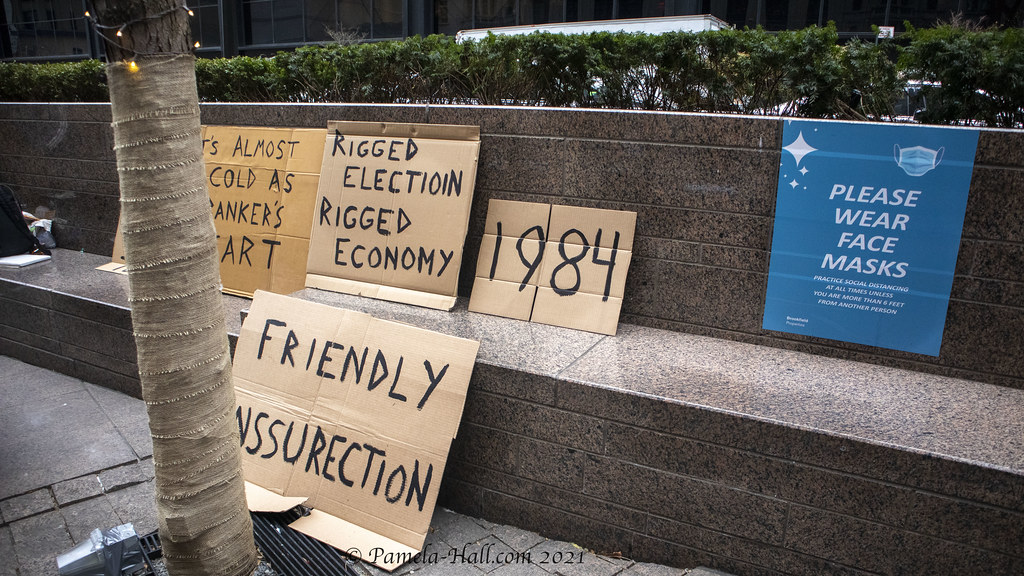 The main speaker of the event was Curtis Sliwa, leader of the Guardian Angels and candidate for Mayor of New York.
Sliwa challenged the crowd with, “They screwed the little people once, let's get these hedge-fund monsters before they get us.”

He also called-out the hypocritical Wall Street bankers who took billions of dollars in tax-funded bailouts in 2008, only to now cry foul. 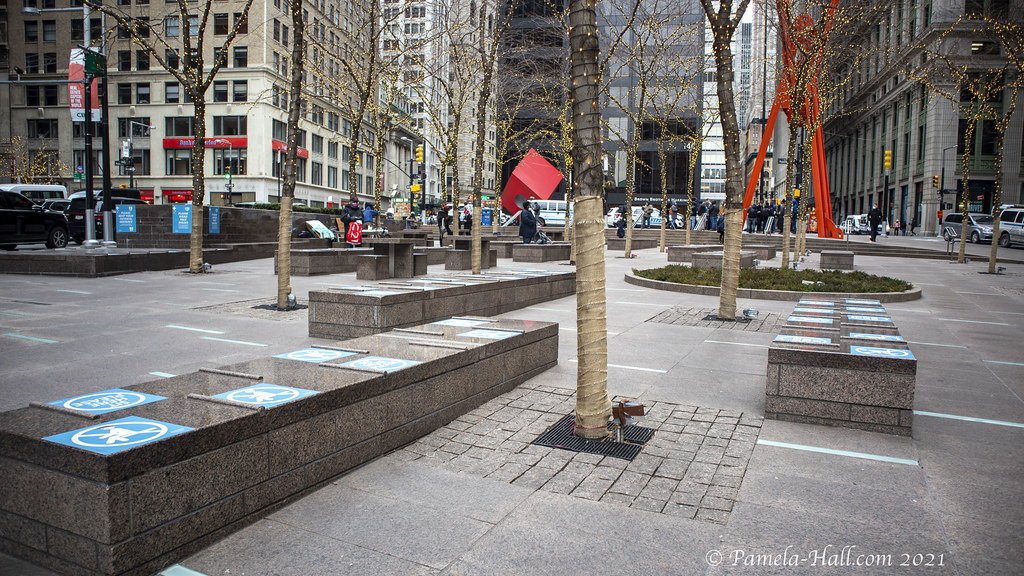 Just before the presser began, this fellow started shouting at the crowd - particularly about the CCP. (very short video)

According to the Young Republicans, Sunday’s protest wasn’t about political affiliations — they dubbed it a non-partisan event.

“There’s two standards, Wax said in a speech to protesters,  “There’s rules for thee, not for me. You got these big hedge-fund guys who are trying to short companies into the ground, and then they got called on their bluff by a bunch of anonymous day traders on Reddit.''

"They want us to bail them out, they want Janet Yellen to make phone calls for them, they want to shut down trading. Are you kidding me? These schmucks in Wall Street or Greenwich can do whatever the hell they want to do with no repercussions."  Jan 31  Gavin Wax at @NYYRC rally 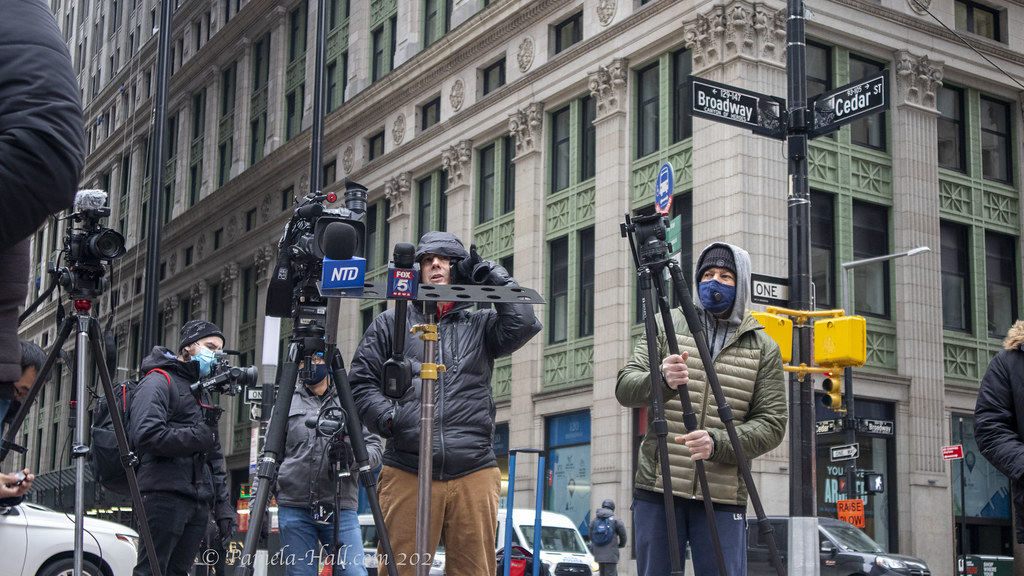 A published statement, from their President, Gavin Wax (@GavinWax)

We look forward to seeing you tomorrow, Sunday, January 31, at 12:00 pm as we gather in Zuccotti Park to RE-OCCUPY WALL STREET.

Over the past few days, we have seen how corporate oligarchs who work in connection with key members of the Biden administration have corrupted the integrity of our financial markets in a blatant manner by directing retail brokerages to freeze trading for small investors while institutional investors operate unimpeded.

As rumors percolate that the SEC may attempt to unwind trades in certain companies conducted over the past few days, our protest to LET THE PEOPLE TRADE becomes ever more critical.

And remember: unlike the original “Occupiers,” we will assemble peaceably and in accordance with civilized standards of decorum. No shitting in the streets." 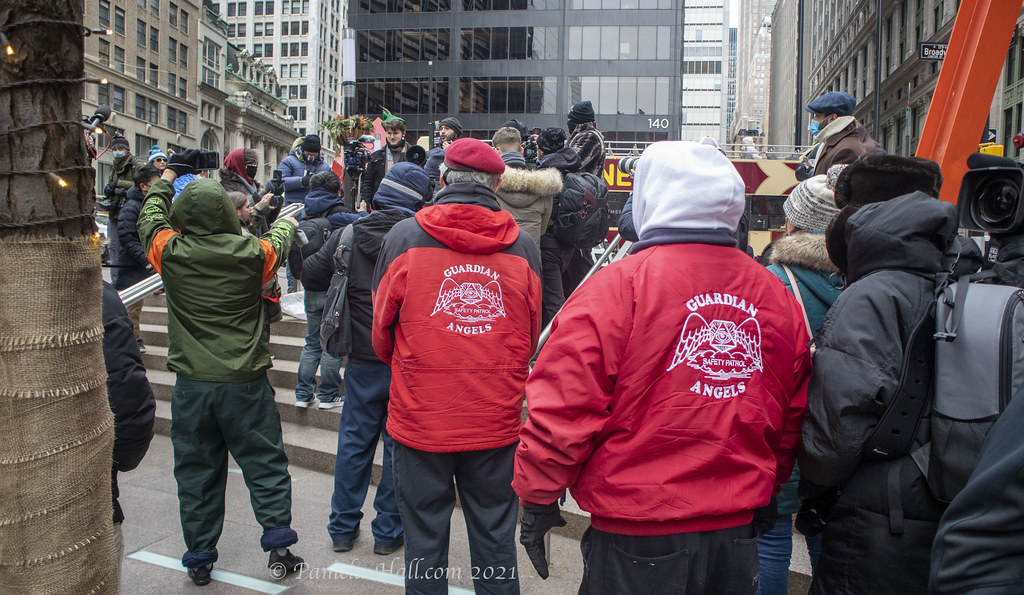 "Members of the New York Young Republicans staged a “Re-Occupy Wall Street” demonstration Sunday over the financial sector’s manipulation of GameStop stock after a Reddit group launched a buying surge.

GameStop, a mall retailer of video games and electronic accessories, saw shares soar more than 1,700 percent this week when amateur day traders bought massive amounts of the stock to protest Wall Street short-sellers who were banking on GameStop’s failure.

It was co-ordinated. There needs to be repercussions,” Wax said of the institutions’ efforts to shut down amateur trading.

As the stock skyrocketed and hedge funds lost billions of dollars, trading apps tried to block additional sales of the stock. One of the apps, RobinHood, faces a class-action lawsuit." 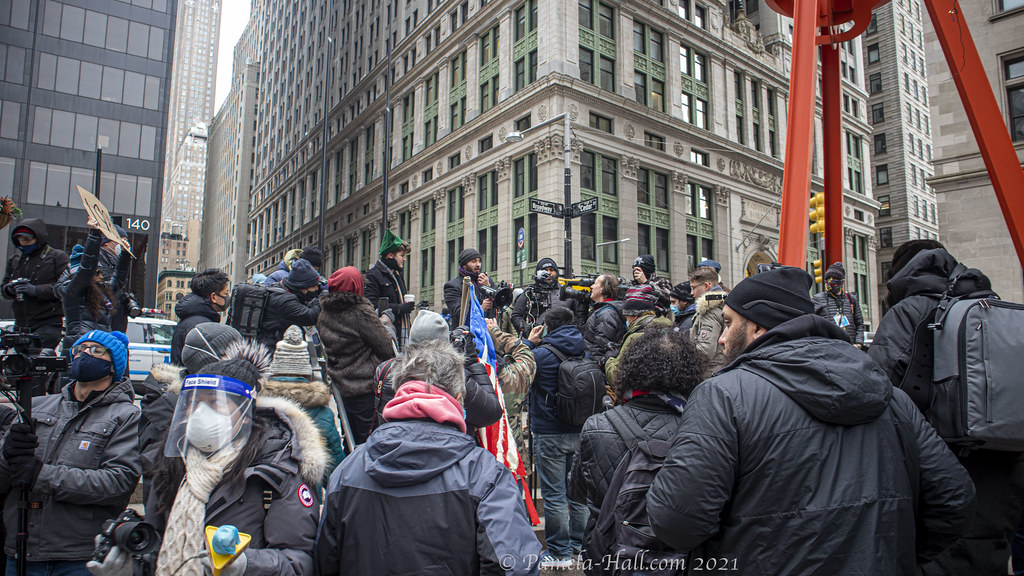 The “Re-Occupy Wall Street” protesters ripped the big-money investors as “despicable” for moving to stop last week’s “little guy” Reddit-fueled run on the video-game-seller’s stock to shore it up after the money men bet on it tanking.

“There’s some blatant corruption going on in the buildings around us and in Greenwich, [Ct.], wherever hell they are,” Gavin Wax, the group’s president, told about 50 protesters." 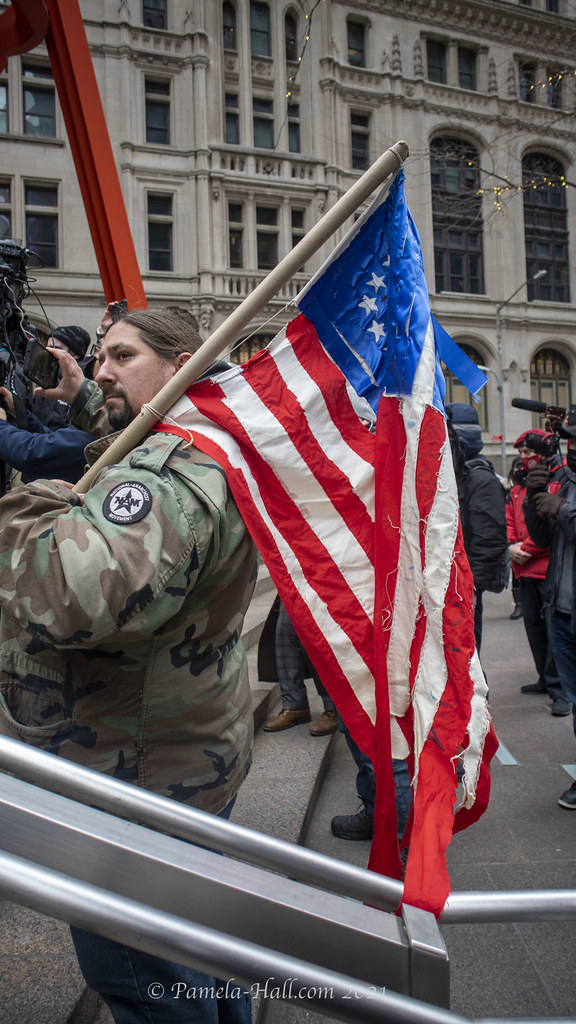 [Where indicated, pictures and photos property of Pamela Hall-VSB]

Posted by Red Squirrel (Pamela Hall) at 3:21 PM No comments: