May 20, 2010: The ubiquitous NYC Police Car Surge-Drill. It always confuses the tourists so there are lots of You Tube posts . A drill the police have done since 9-11 but this was a particularly quiet drill and they split and went different directions (don't usually see that). Loved the choreography....so why not set it to music : 0)
.

On June 25, 2010 , concerned citizens held a peaceful protest outside the Ground Zero Mosque (the former Burlington Coat Factory). Everyone inside and out was polite (except for the mosque security-thugs). The message from the citizens... build your mosque somewhere else not on sacred ground. Finally, after their prayers, some of the Muslims spoke with the peaceful protestors. However, as the video reveals, they remained perplexed as to why this location for a mosque is offensive to those who had friends and family murdered by 19 Muslim terrorists on 9-11.

Perhaps Imam Feisal Abdul Rauf has much bigger plans for this mega mosque at Ground Zero. Bridge-Building? Financed by whom? Da'wah Central and conversions....

His 'out-reach' to the community might not be about lovely community rooms and swimming pools. His Cordoba "Community Center" and those da'wah bridges just might "welcome" lots more converts like Allison Poole El Gamal. She's the former Baptist-Muslim Convert who spoke lots of da'wah and taqiyya at the Community Board 1 meeting on May 25 in Lower Manhattan.

Interesting that CNN just happened to cover Allison's conversion . Her Imam was, of course, was Imam Rauf.

Is this our future? 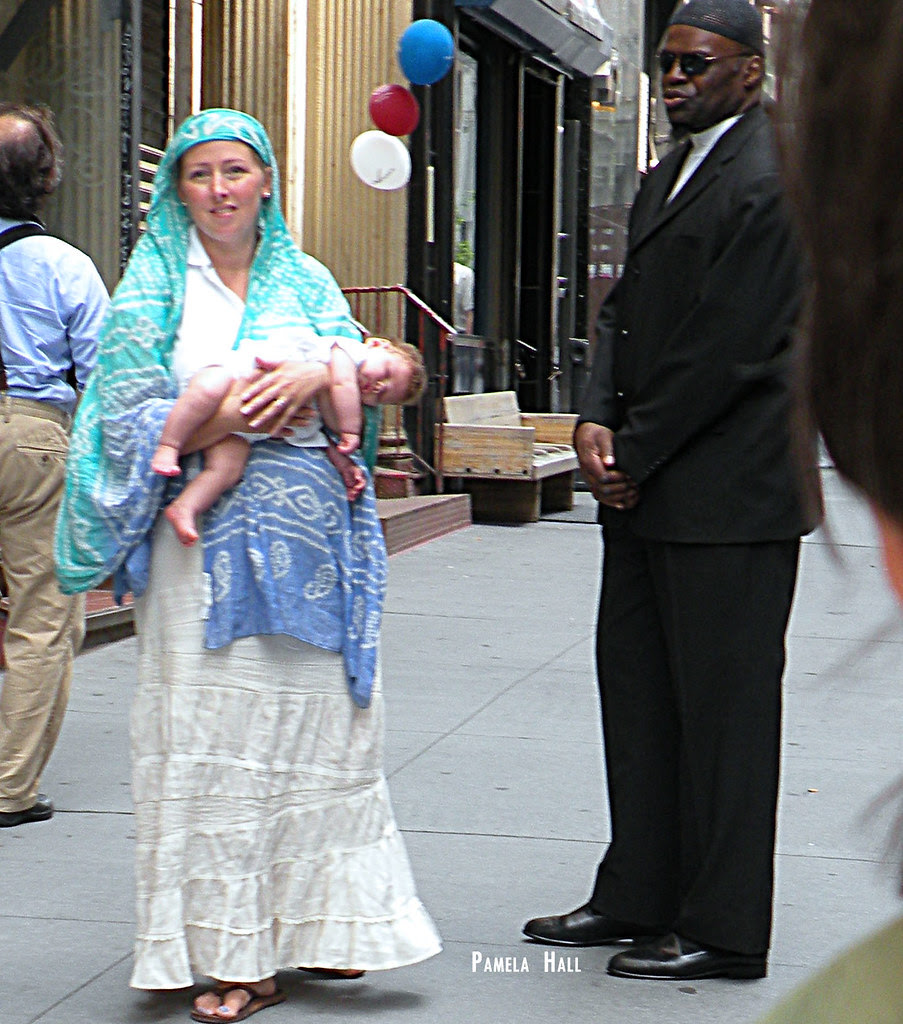 What more could the Great Imam hope for, as he continues his father's legacy, leading the infidels to his new Islamic Center and to convert...convert...convert. Perhaps it will even grow into a mega-mosque just like the house his father built on E. 95th street 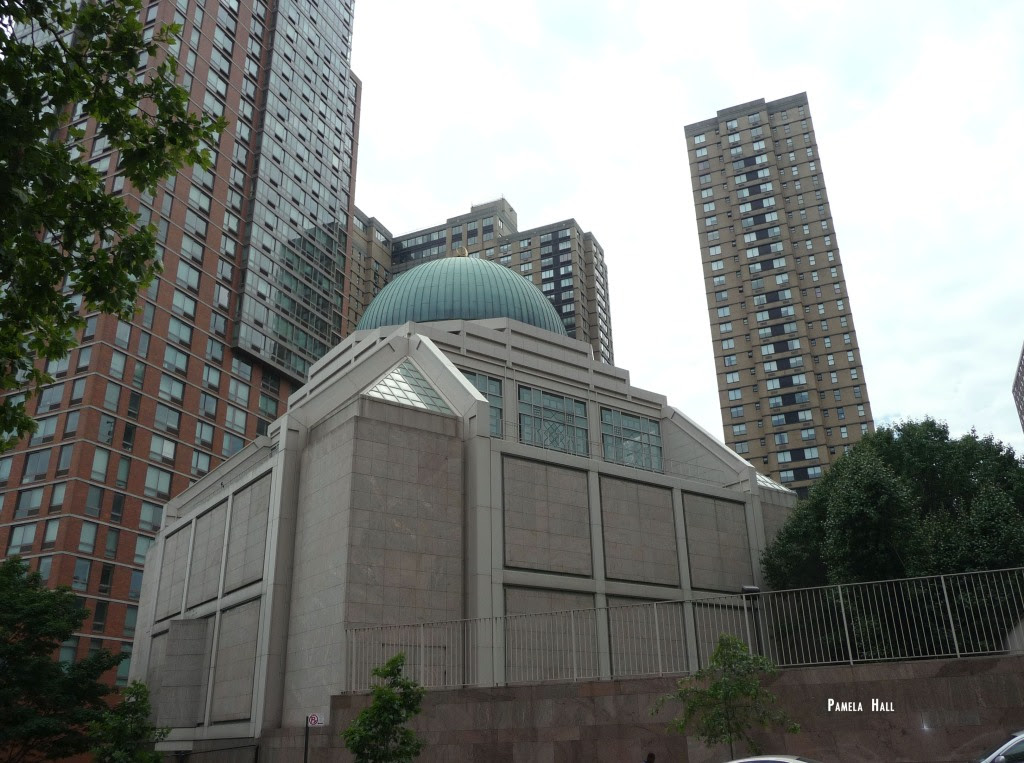 A very big mega-mosque with a very TALL minaret. Maybe we can look forward to the same at Ground Zero ? 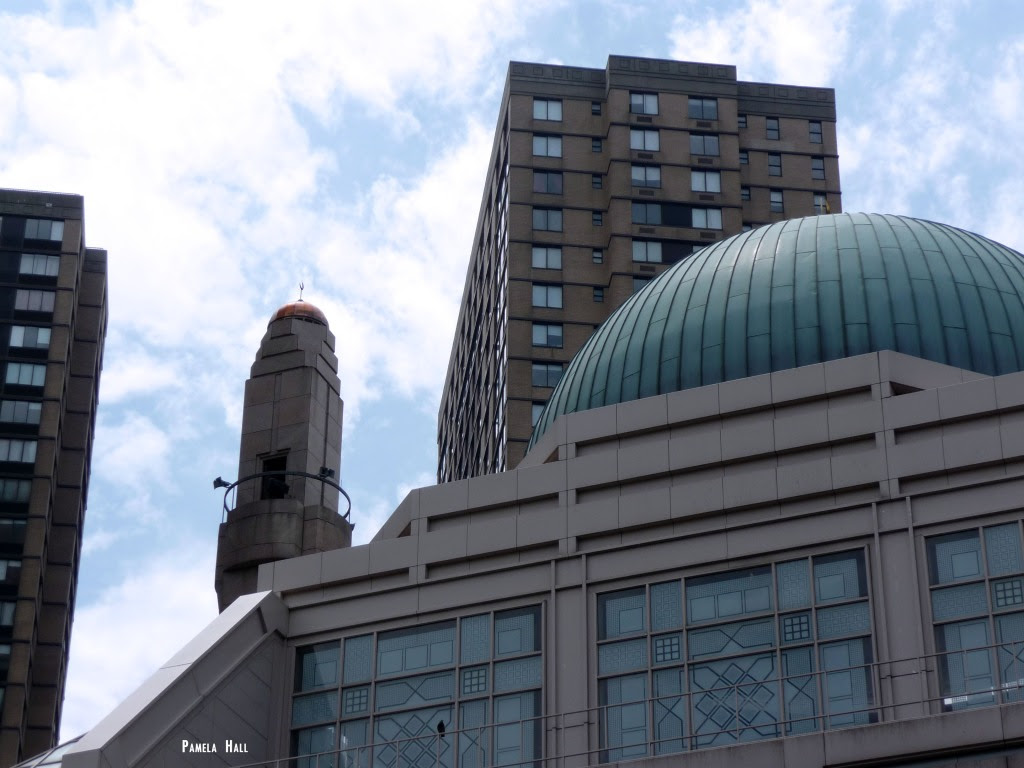 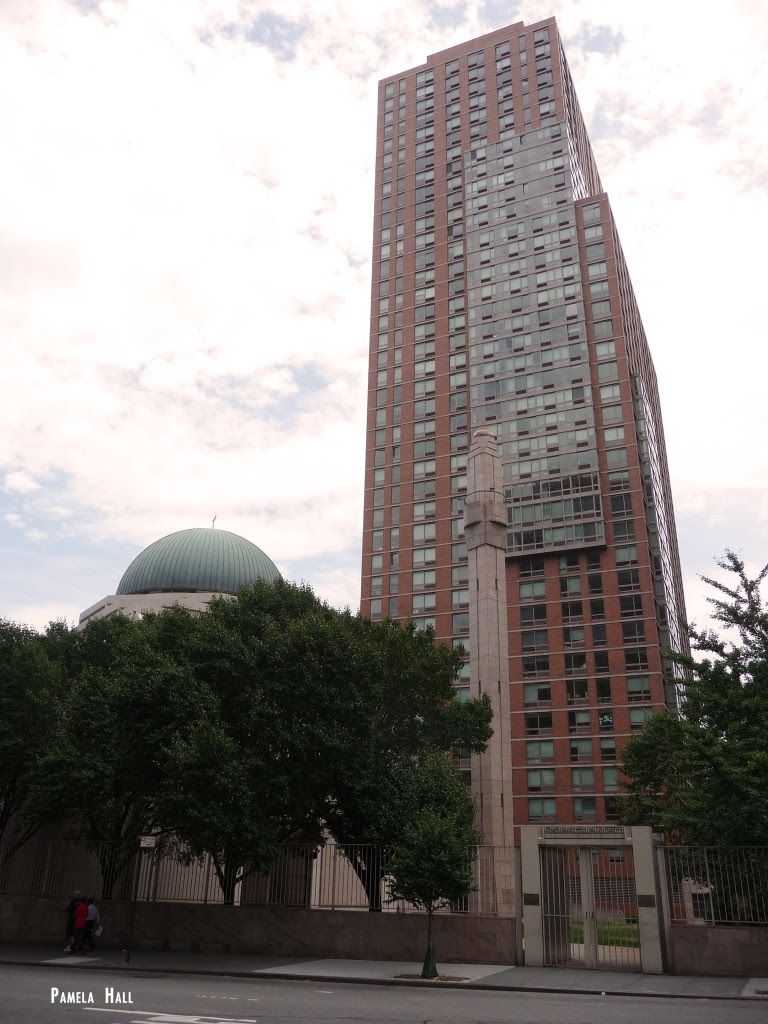 But, first they'll have to tear down the factory with the 9-11 plane debris and most likely the remains of those murdered by the Muslim Terrorists 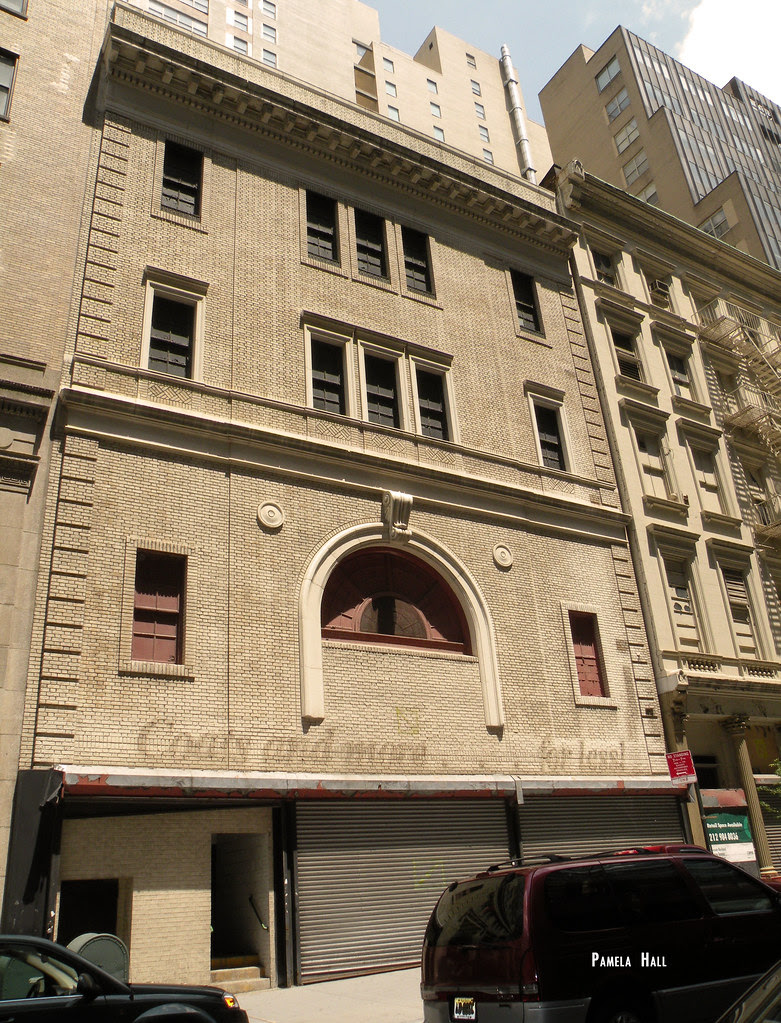 But, Daisy Kahn, wife of the Imam, thinks this is no 'big deal' 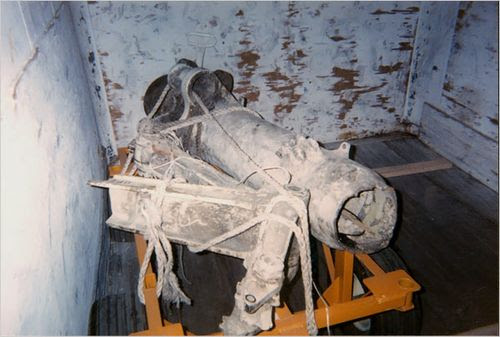 No big deal, huh? Peaceful Christian missionaries are arrested on the streets of America because they are too close to a Muslim Festival.

And bus ads that offer refuge to Muslims who have left Islam are challenged and removed from busses and taxis because they 'offend' Muslims? (Guess that's a 'Big Deal") What happened to freedom of speech in America? Pamela Geller at Atlas Shrugs would like to know. 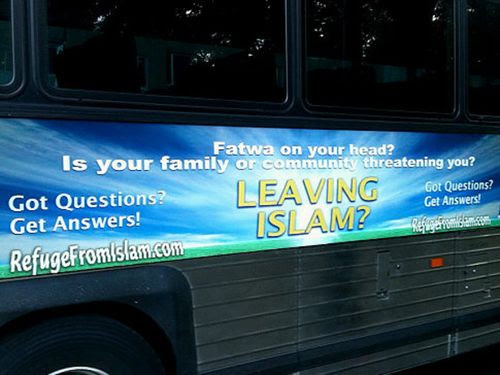 Muslims have placed their own ads on busses saying "Why Islam"? 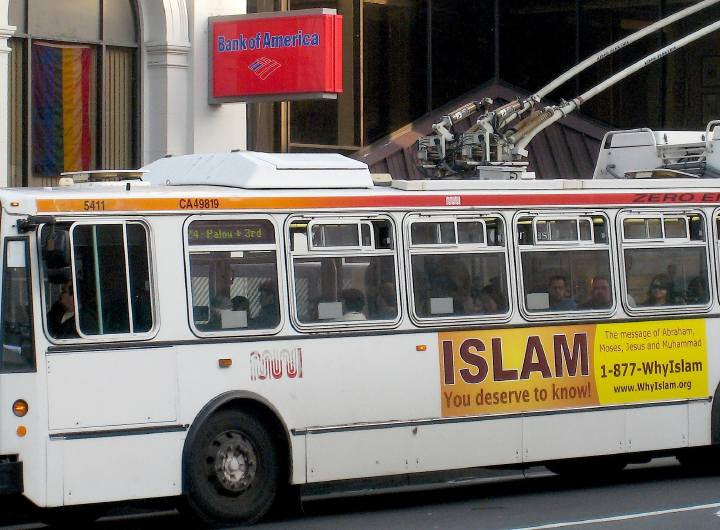 And ads on subways saying, "Islam? You Deserve to Know"... 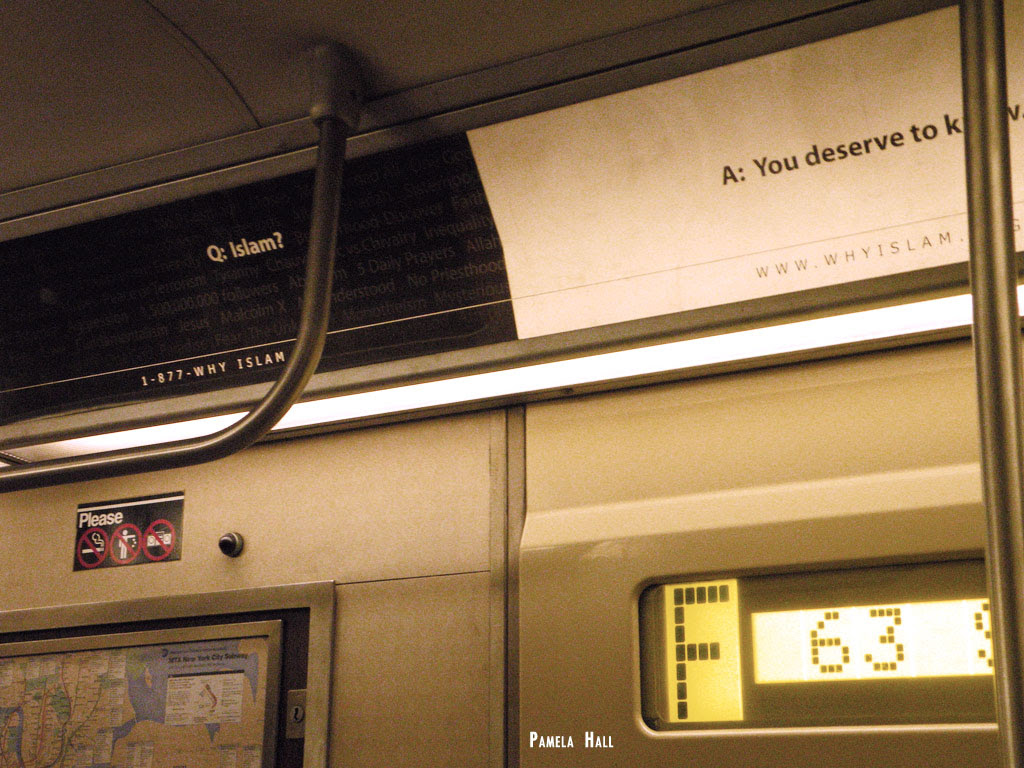 And atheists have proclaimed on city bus ads "You don't have to believe in God to be a moral or ethical person". Is no one is offended ? What gives? 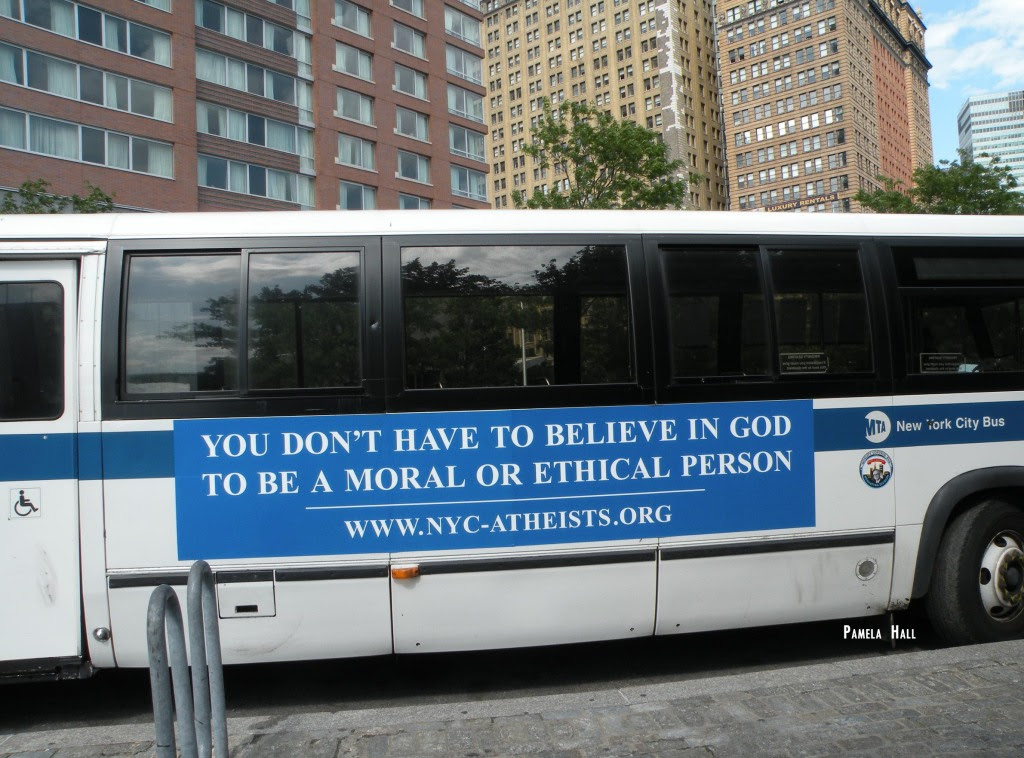 Once the Cordoba" Community Center" is built will there be lots more rules, rules, rules (like in Dearborn) about what we can't do on a public street (because it might offend a Muslim? ) We must no longer remain silent. This outrage must be stopped. Let the TRUTH be told and say "NO to a Mosque on Ground Zero!"
Posted by Red Squirrel (Pamela Hall) at 2:43 AM No comments: 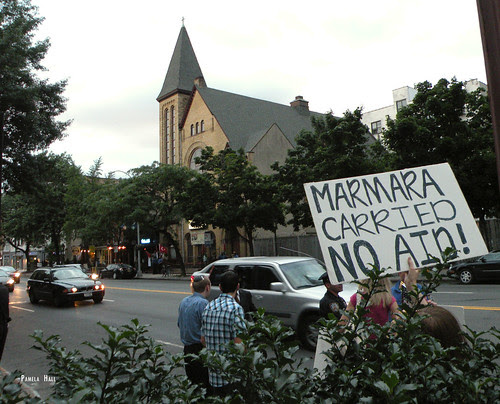 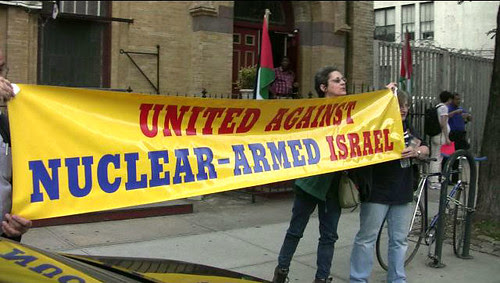 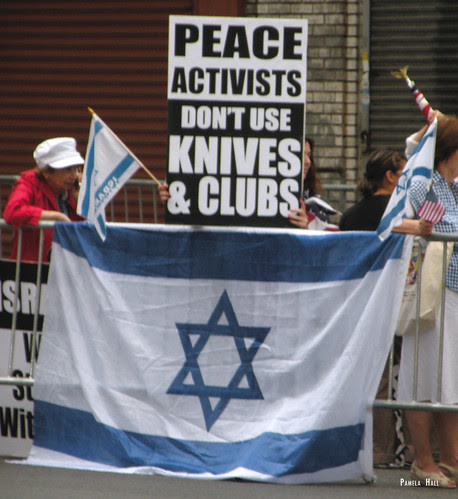 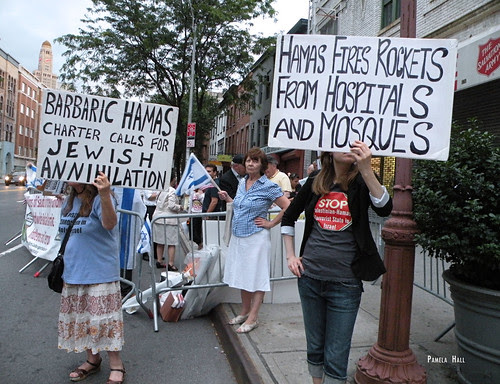 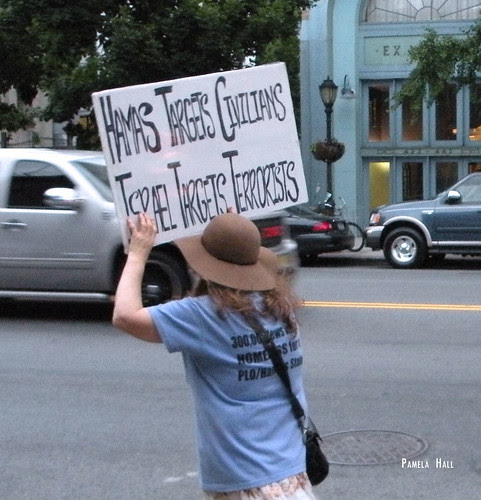 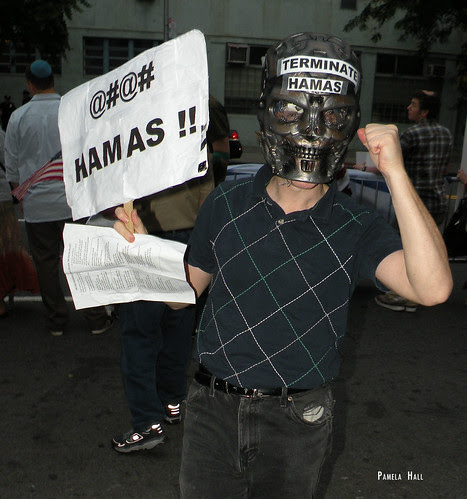 Posted by Red Squirrel (Pamela Hall) at 11:57 PM No comments: 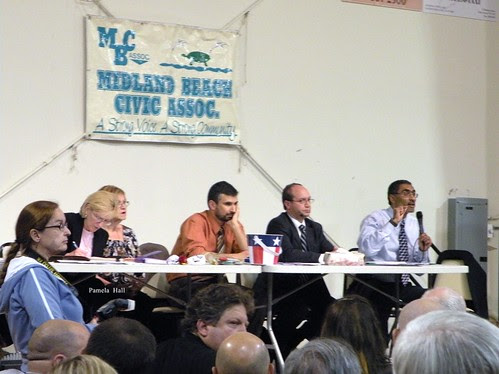 Posted by Red Squirrel (Pamela Hall) at 3:25 PM No comments:

June 14h: ALL 22 VIDEOS of speakers are now posted. Have added some photos as well.
Here we have the intrepid (audacious: invulnerable to fear or intimidation; “intrepid pioneers” ) The Pamela Geller… 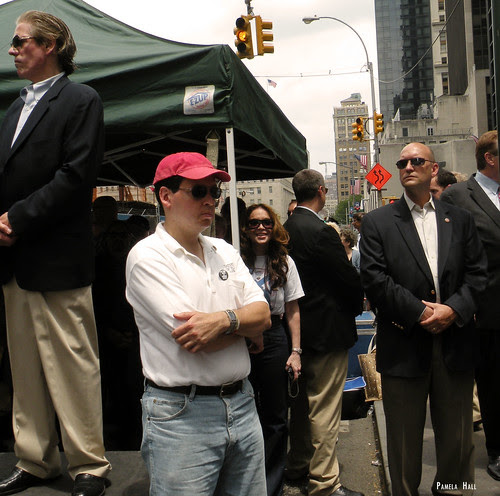 Please scroll down for more pictures and videos….
.
The D-Day at Ground Zero Rally sponsored by SIOA (Stop Islamization of America)was a success! 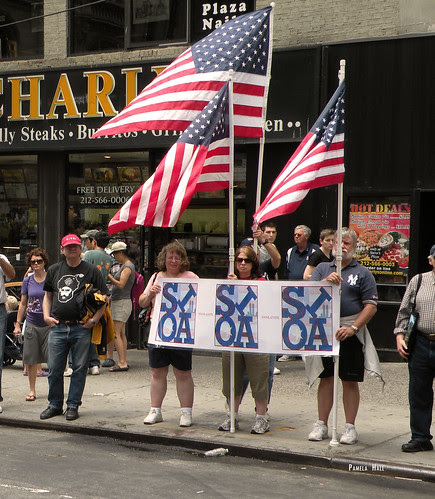 We honored those who died on the beaches of Normandy and those who were murdered on 9-11 . . 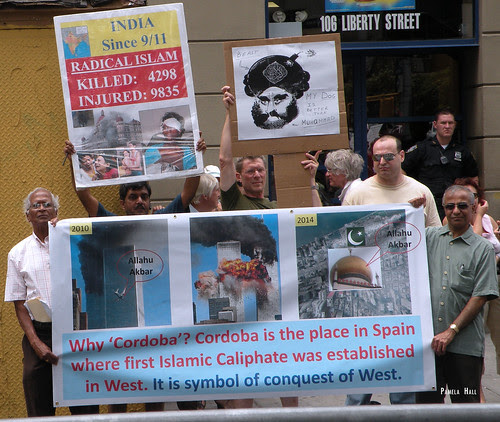 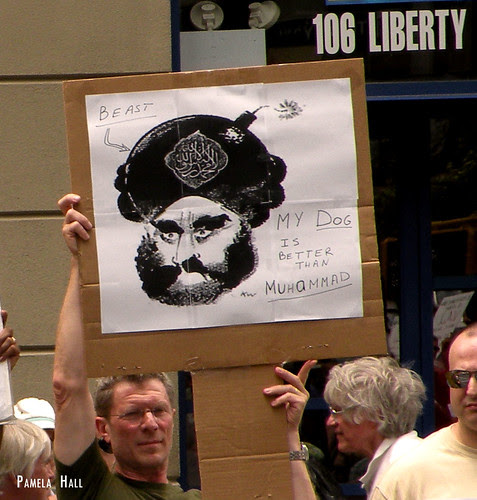 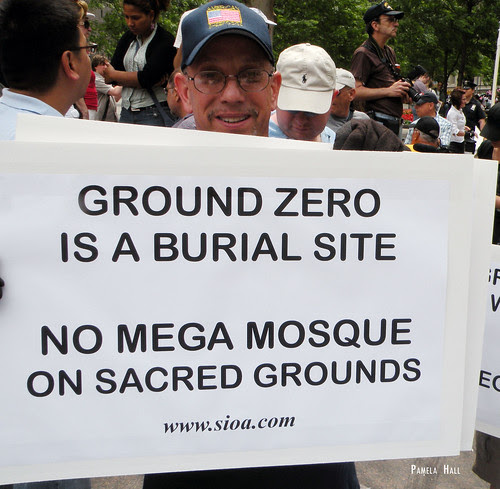 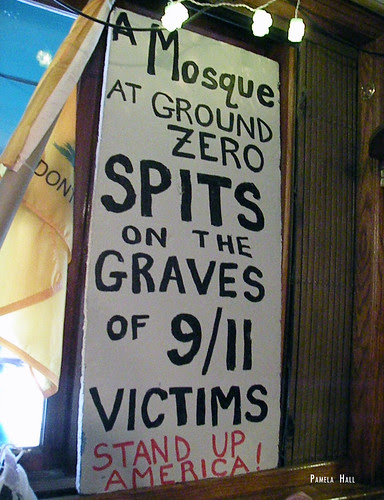 There are many videos posted of those who spoke. Leading off with one of the co-sponsors of the rally, Pamela Geller of SOIA (Stop The Islamization of America). Let the videos "do the talking":
Pamela Geller
. Robert Spencer   .  Nonie Darwish (ex-Muslim and author)  . Anders Gravers . Jim Lafferty (Virginia Anti-Shariah Task Force)  . Simon Deng (ex-Sudanese Slave) . Nelly Braginskaya, 9-11 Family Member (who lost her son) . Larry Savinkin , President of September 11 Family Group, uniting 9/11 families from the Russian-American Community. . Germano Rivera worked and was buried under the South Tower when it collapsed (he's introduced by Pamela Geller) Germano talks from his heart of the pain he felt struggling to find someone ANYONE alive in the rubble and he pleads, " Teach our children to never forget!" . Beverly Perlson of The Band of Mothers mentions that 440 of our troops have died since 2009, with no mention of their sacrifice in the media. Also , someone needs to call-out the Muslim mothers to denounce this murderous behavior against our sons and daughters. . Richard Connerney, Professor of Philosophy at Pace University. Forty-seven Pace University students and alumni were murdered by Islamic supremacists on 9-11  . Babu Suseelan , Hindu leader and Human Rights Activist . Robert Spencer introduces Alan T. DeVona a WTC Patrol Sgt. who was on duty during the terror attack and Officer Michael Symonds. . Robert Spencer introduces Herb London of the Hudson Institute . Jay Townsend , Candidate for US Senate against Chuck Schumer . Dan Maloney, NY State co-ordinator for Gathering of Eagles and a Candidate of NY District 4 . C.Lee Hanson, of 9-11 Families, whose son and daughter-in-law and 2 and 1/2 years old granddaughter were murdered by the Islamic Supremacists on 9-11. . Robert Spencer introduces two Coptic Christian human rights activists, Nabil Asaad and Dr. Esmat Zaklama, who about of the horrors of living in a country ruled by Sharia Law. . Pamela Geller introduces Pamela Hall-New York leader of SIOA and Human Rights Activist. .

This is the final video of the speakers. Pamela Geller and Robert Spencer (co-founders of SIOA) wrap up the Rally and on September 10, 2010 they will return! Be there!
. The planned Mega- Mosque that would offer swimming pools and pretty meeting rooms where people can gather and read and 'ask questions' would become Dawah Central " at Ground Zero. It must be stopped! 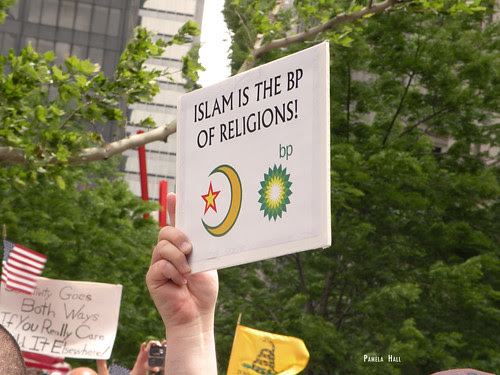 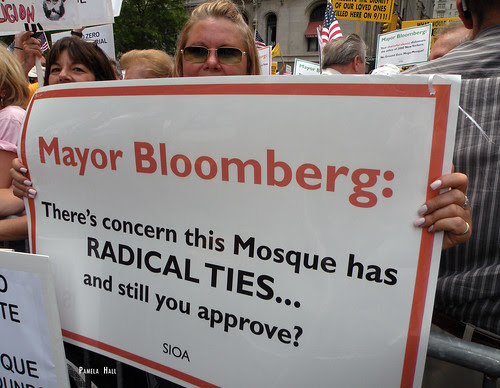 Slide Show of more pictures:
. Great pictures at The Peoples Cube and Looking at the Left and Urban Infidel .More posts are adding to the pictures of the THOUSANDS (don't let "them" downgrade it into hundreds). Pictures at Eye On The World. And of course, Atlas Shrugs and Jihad Watch! 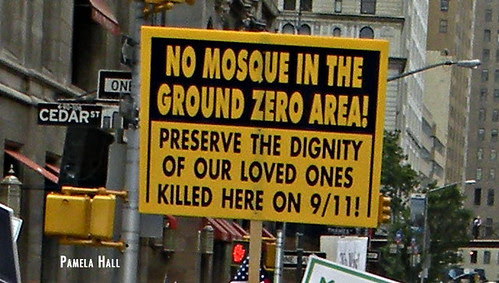 Stand With Israel , the IDF and "Free Gaza from Hamas! "

On June 3, 2010, Stand with Israel took the truth to Times Square by mounting a video screen to show the real-time footage...the TRUTH that the media doesn't want the public to see of the Hamas terrorists, who were NOT "peaceful" activists. "Peace activists" don't use KNIVES and CLUBS!

The younger-half of the crowd was joyful and enthusiastic in their support for Israel , the IDF AND America!

Posted by Red Squirrel (Pamela Hall) at 1:19 AM No comments: