"This is a Day of Outrage"

On TUESDAY, SEPTEMBER 21, 2010 @ 9:45 AM, at the SOUTHWEST CORNER OF 40TH & 1ST AVENUE, the New York Board of Rabbis (NYBR) gathered at 1st Avenue and 40th street to protest the President of Iran . A sad day for New Yorkers and Americans.

"There is no place for this evil-entity to be at the U.N. A sad day for New Yorkers and Americans." 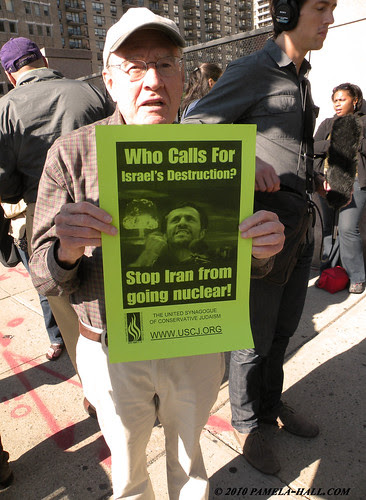 "Ah'jad, a man who brutalizes the opposition. A tyrant . A murderer who is being given an honorable welcome by the U.N. , when he should be locked away.; put on-trial and locked away for the crime of genocide." 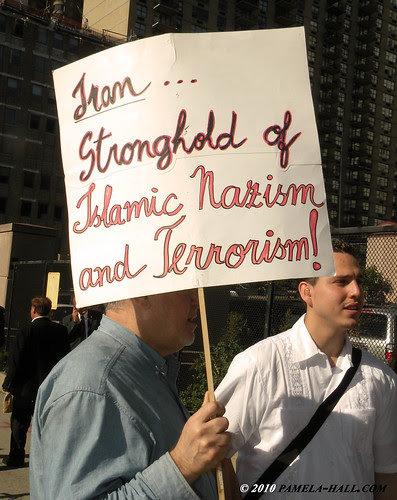 They gathered at the UN to protest and to voice their condemnation of the madman of Tehran, Mahmud Ahmadinejad being granted a platform at the United Nations. "This is a sad day for people of all faiths." 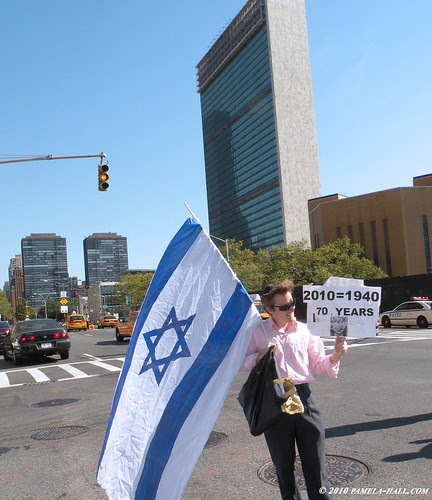 The night before Ah'jad refused to even say the name of Israel, using instead "the Zionist entity". "This protest is about doing what is right. It is about the Decent vs the un-Decent." 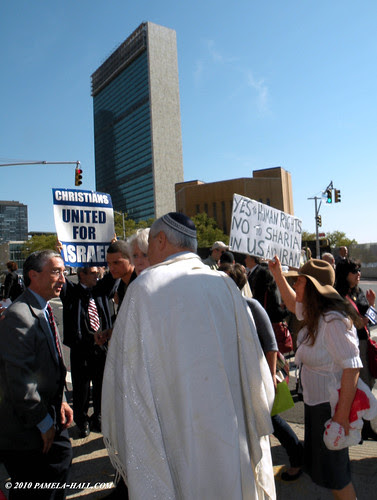 The Rabbis were joined by the Inter-Faith Community. "No sign of CAIR, ISNA, ICNA or other Islamic surpremacists. Where was peacemaker Rauf?" 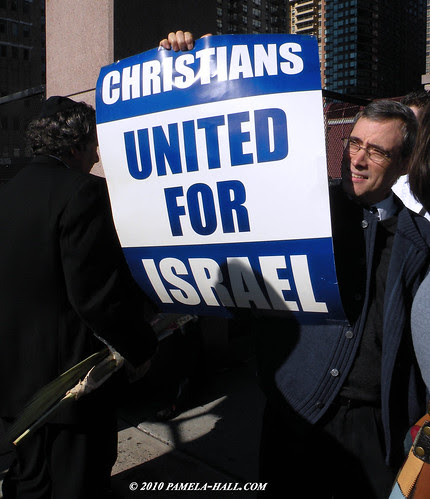 After a few short speeches, they formed a Human Link Across First Avenue in Protest; singing and the blowing the shofar.


The New York Board of Rabbis (NYBR), is the largest interdenominational
rabbinic body in the world representing over 700 Rabbis from the New York
metropolitan area . 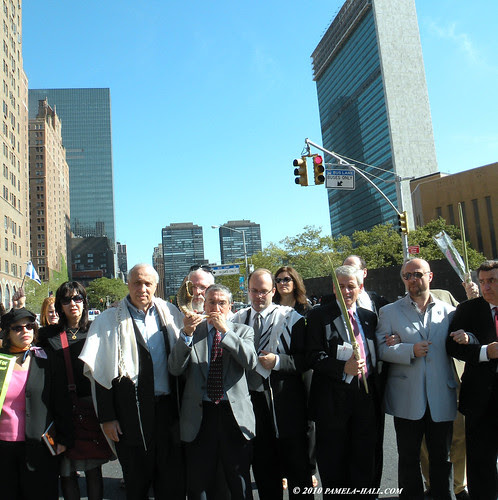 After linking arms and forming a chain to block 1st Avenue in
protest the police then asked them to leave the street or they would be arrested. With the blowing of the shofar, they willingly and respectfully cleared 1st Avenue. 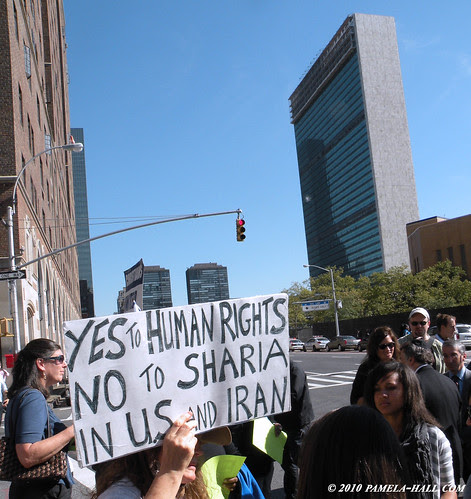 "The voices of the murdered cry-out and the voice of moral conscience will follow this evil (Ah'jad) until he is defeated and overcome. Goodness will prevail."

"This is a Day of Outrage"
Posted by Red Squirrel (Pamela Hall) at 6:40 PM