October 2, 2021. 2 pm. Foley Square.
"Build mass mobilizations as the road to victory
the real power is in the streets"
(and they weren't just talking about abortion rights) 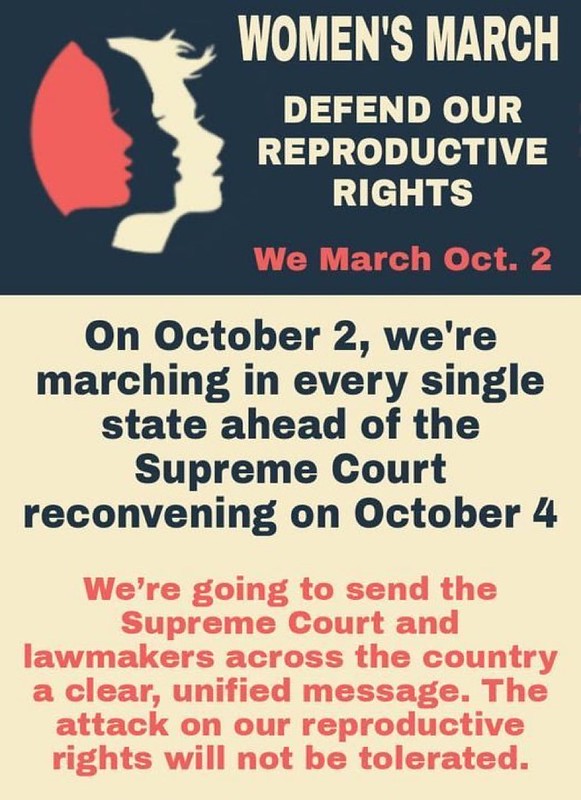 The Annual Women’s March drew a huge crowd of men and women (from the LEFT) focused on Supreme Court abortion cases, so they claimed. 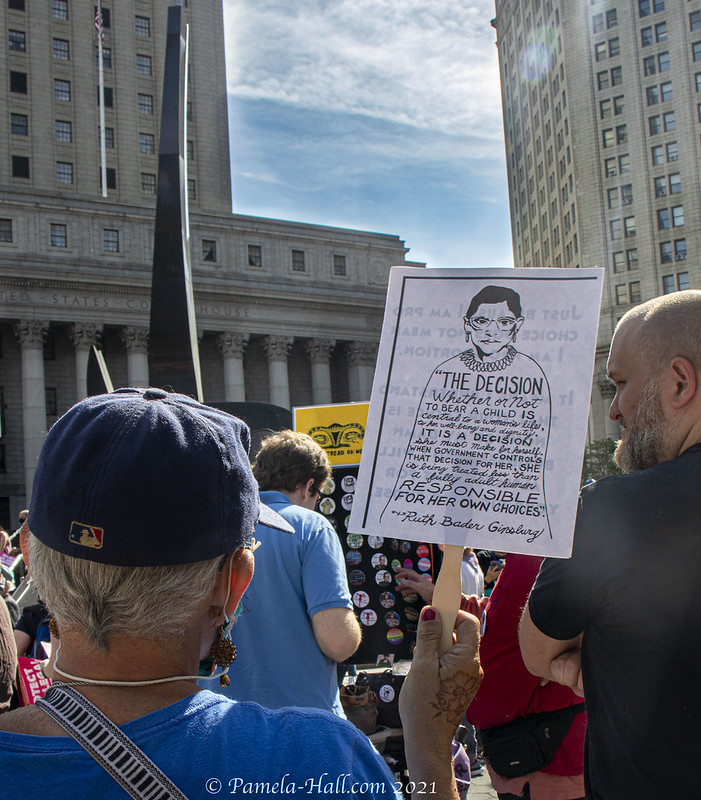 It was so much more than just abortion since the protestors represented the usual hard core Left, aka Communist/Socialists. 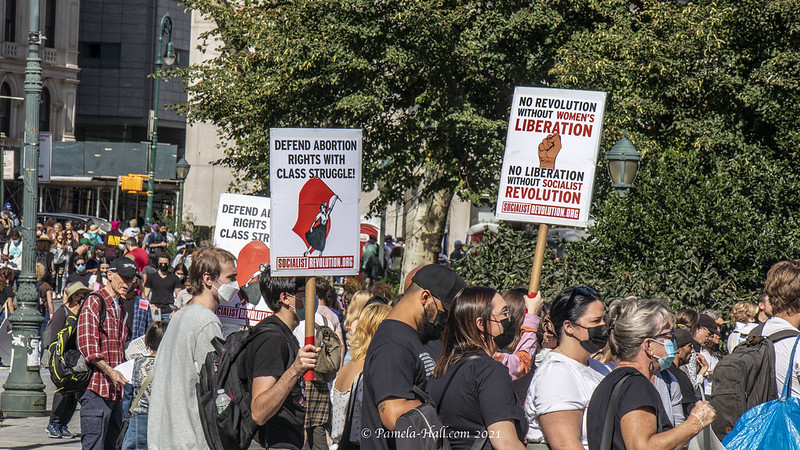 ''The right wing’s self-named “vigilante justice” will not restrict its tactics to reliance on the law. This law is fascist in nature by giving all men the right to deny the rights of every woman. The only way to defeat this law is for a new women’s movement – linked to other civil rights movements, fighting by any means necessary – to give all woman the ability to retain control over their bodies and to defeat Trump’s misogynist policies.'' 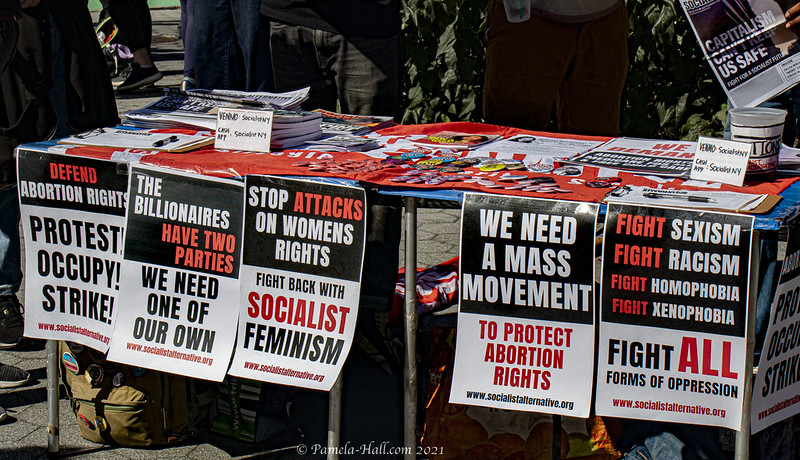 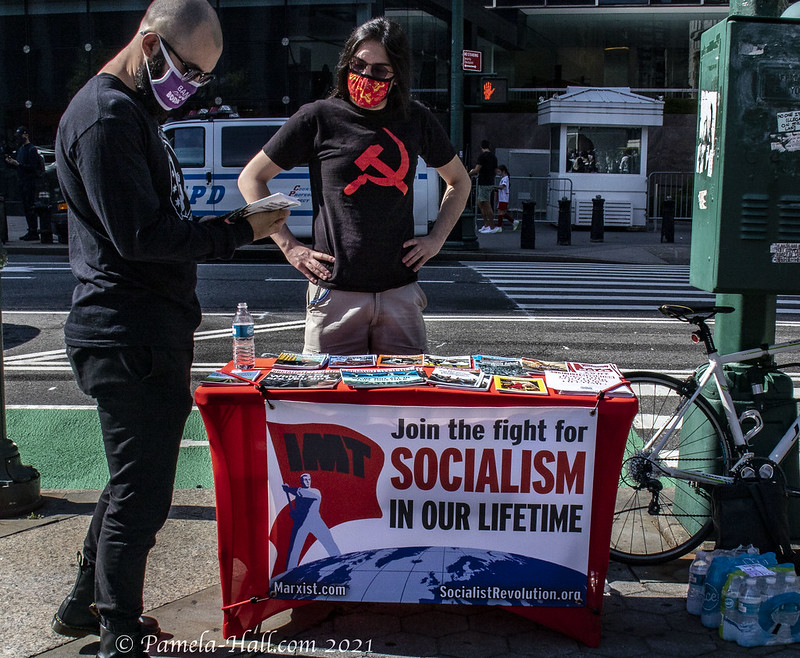 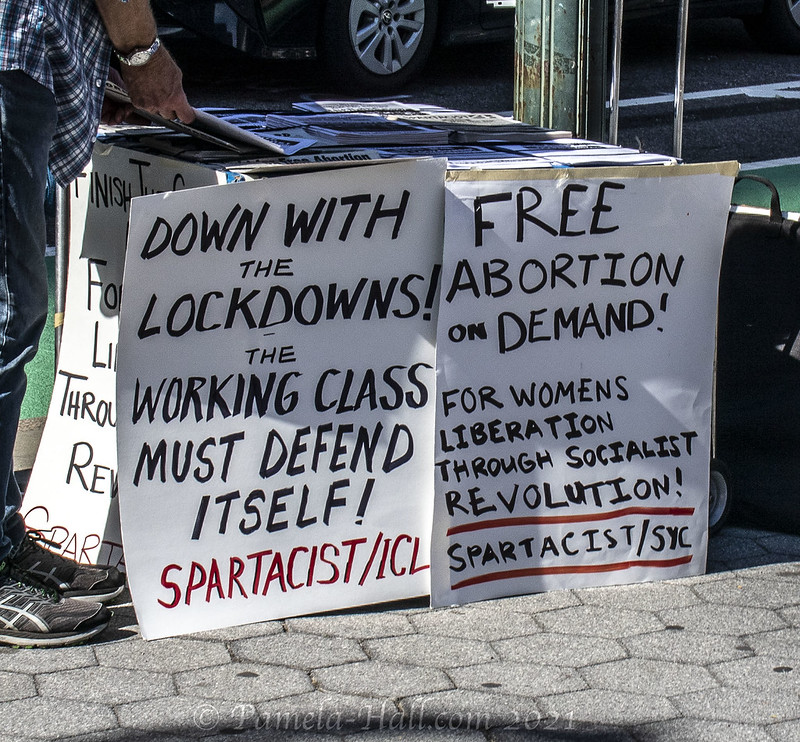 Their dream. Our nightmare 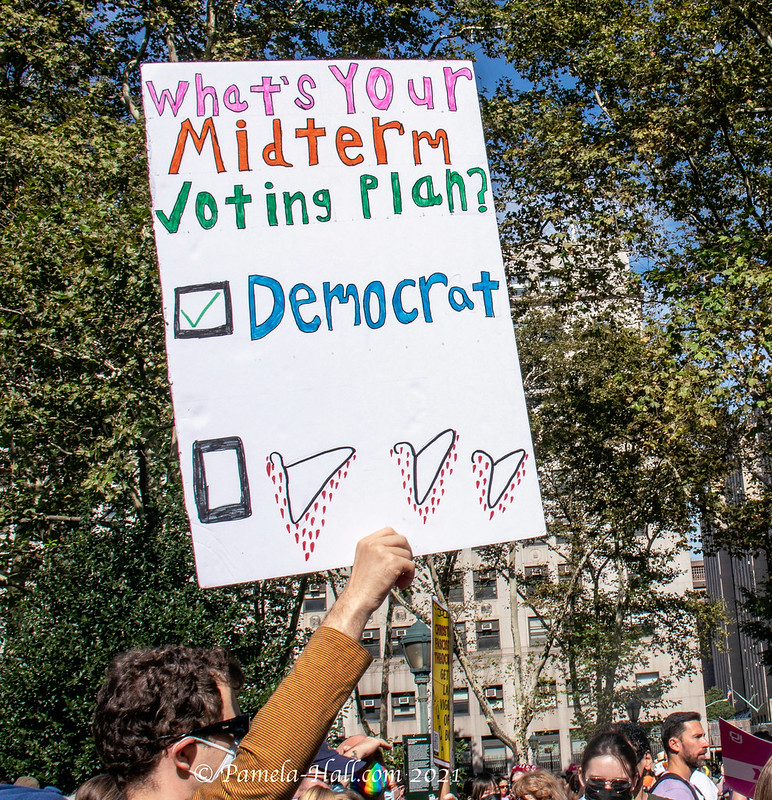 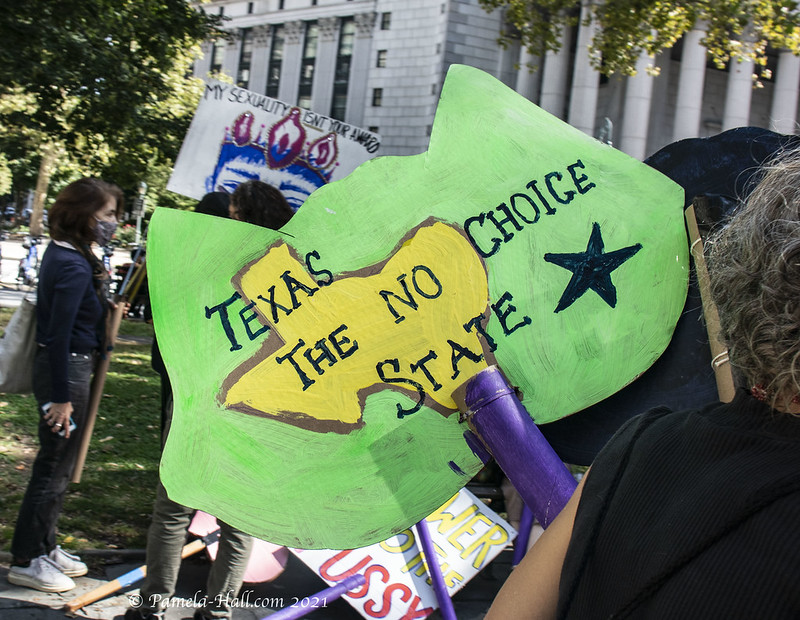 Independence is frowned upon ... bigly. 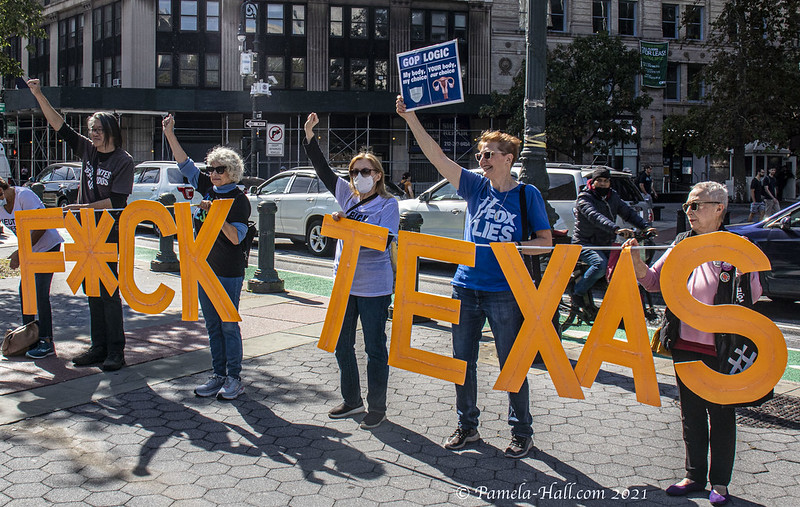 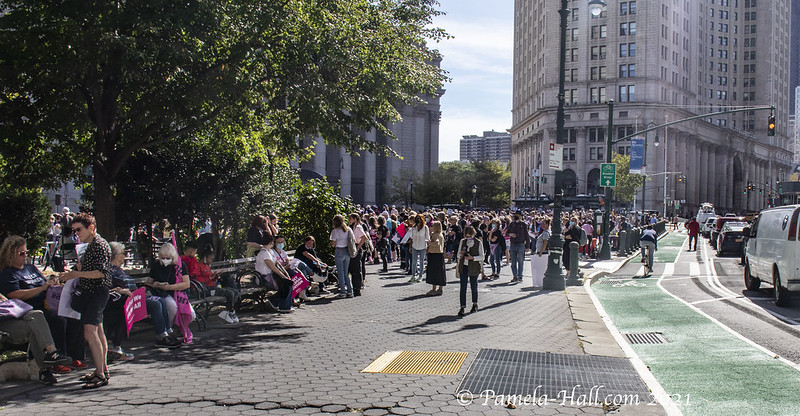 Convinced they are under siege, at WAR with anyone not embracing the New World Order aka Republicans, the Left's woke/progressive plan will lead to a totalitarianism ''utopia'': the End Game.

Therefore: The RIGHT must be stopped. 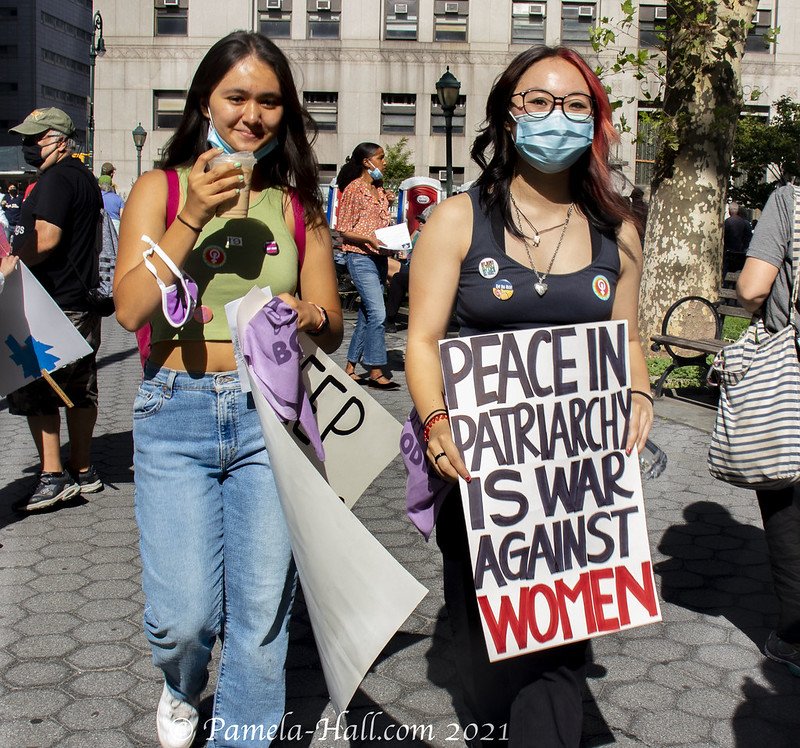 .Part 2  Lots of signs (some crudely) illuminating the One Party. One Rule players. 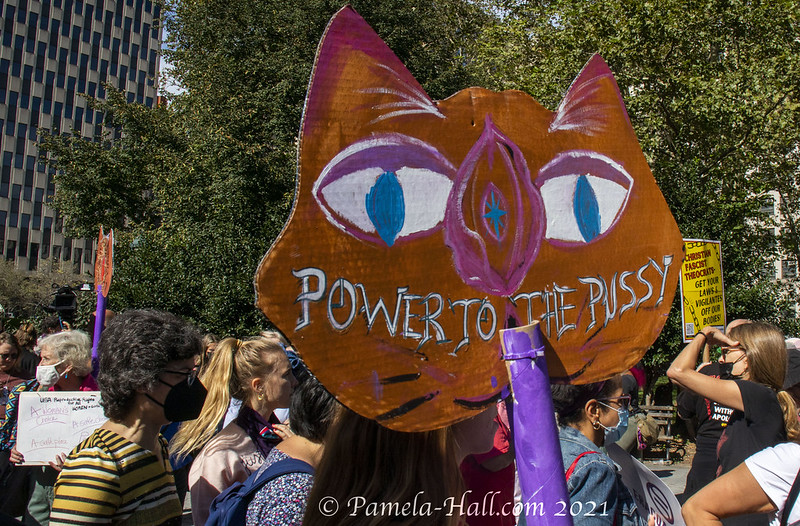 . Listed on posters and banners were many orgs from the Left protesting the "Fascist Right". They are Believers in the dogma: Defending Women's Rights to Abortion BY ANY MEANS NECESSARY.BAMN- https://www.bamn.com. 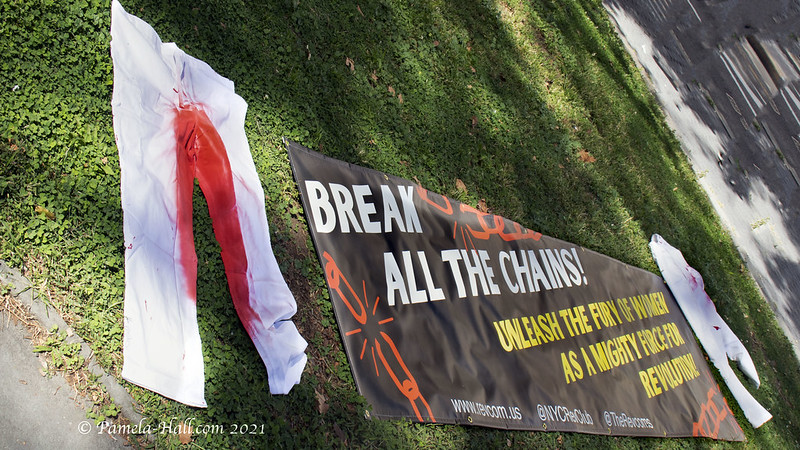 ''.... many Trump supporters who are prepared to contest for power have a full political agenda, including driving out immigrants and minorities, subordinating all women to the whim of every man, and creating an authoritarian government with Donald Trump in charge.

We know that a majority of white voters elected Donald Trump president in 2016. Trump’s racist, misogynist, crazed cult followers are perfectly willing to do anything they can to place Donald Trump back in power, even if that means giving up their Constitutional rights and accepting fascist rule.''

The ranting of fools.
Its not just about abortion rights

The Time is NOW to END the Tyranny of the Left.