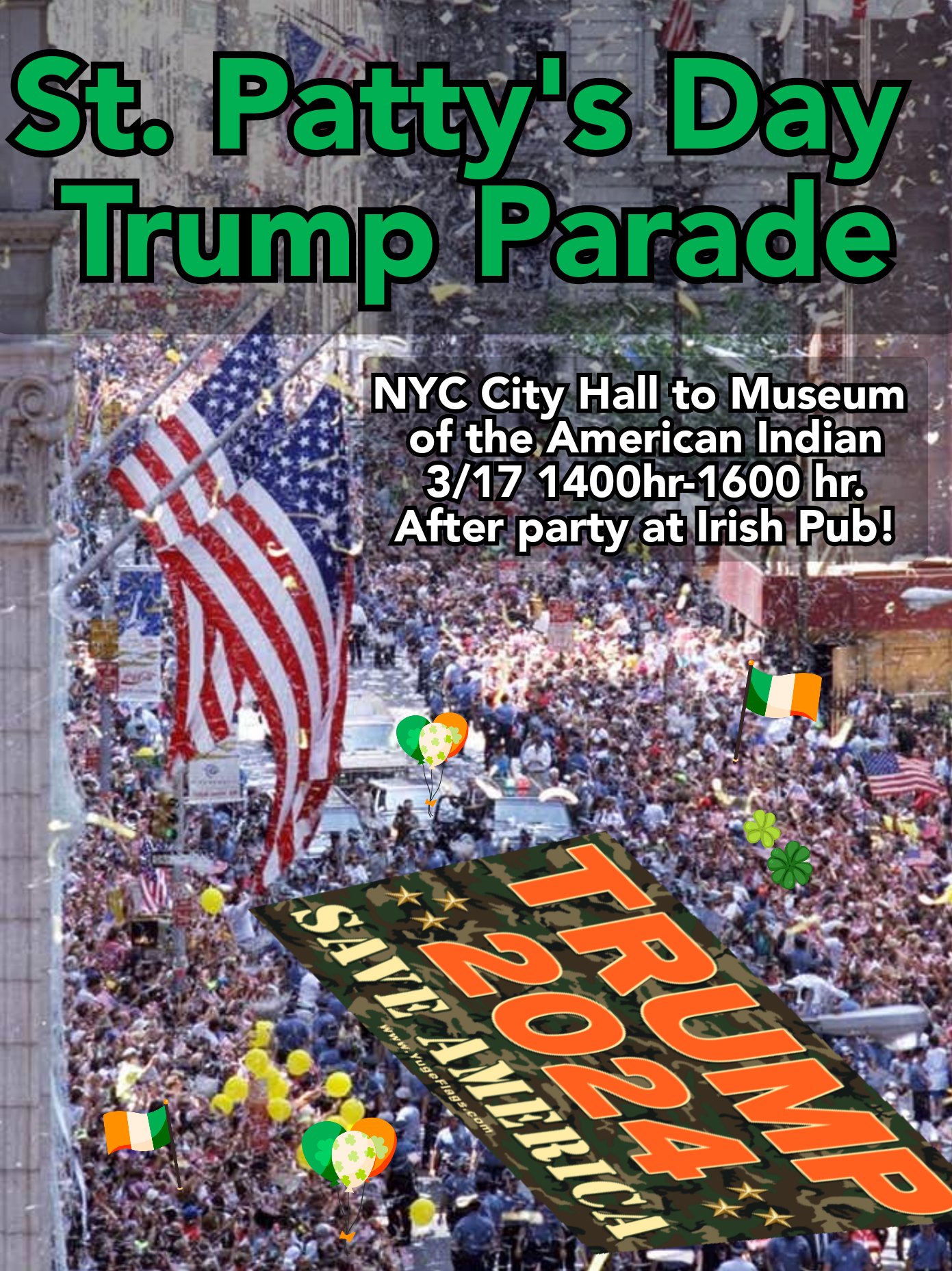 Fun for all, until an unexplained "fist-fight" broke out. 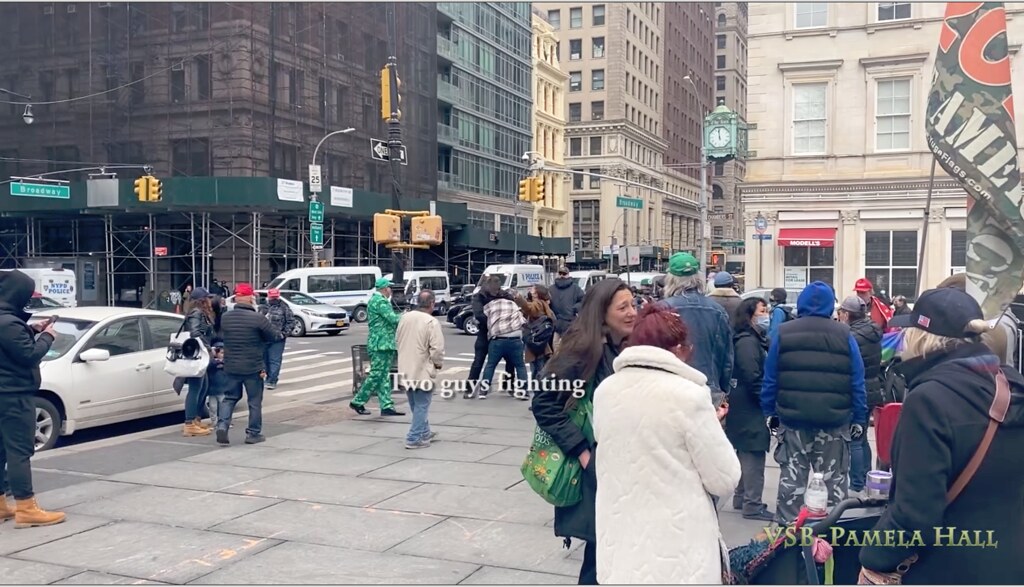 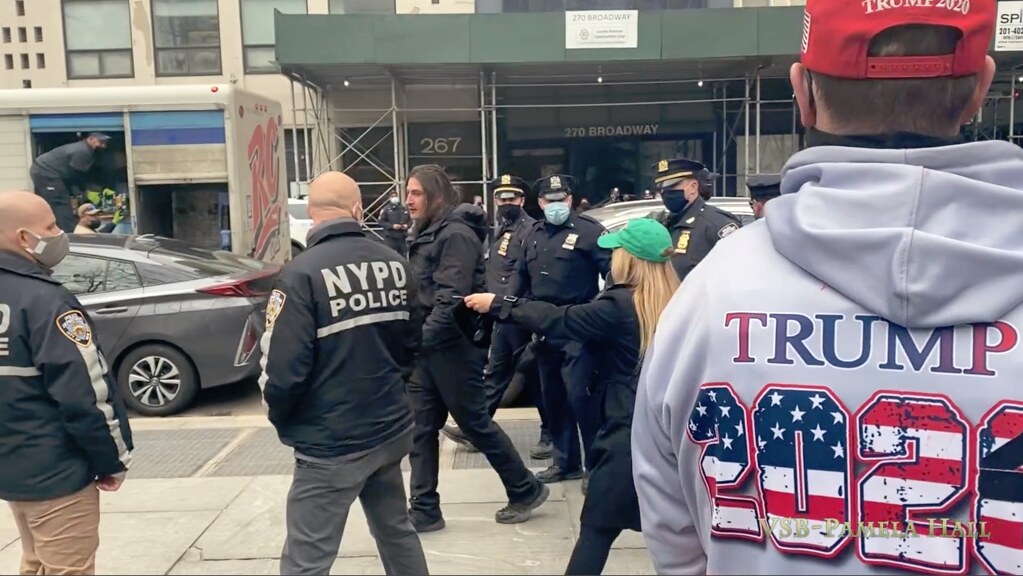 And the massive flag was unfurled in the middle of Broadway. 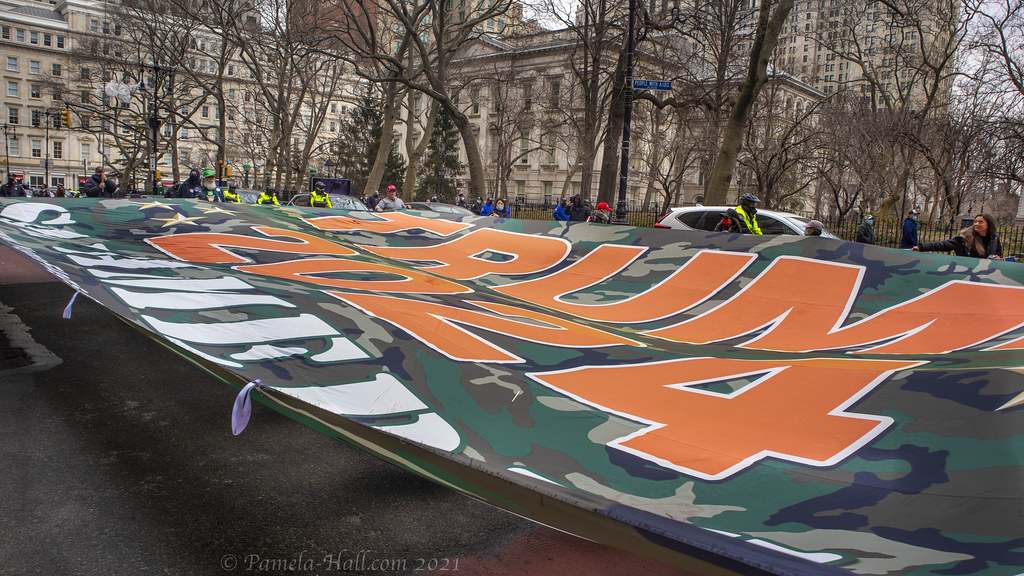 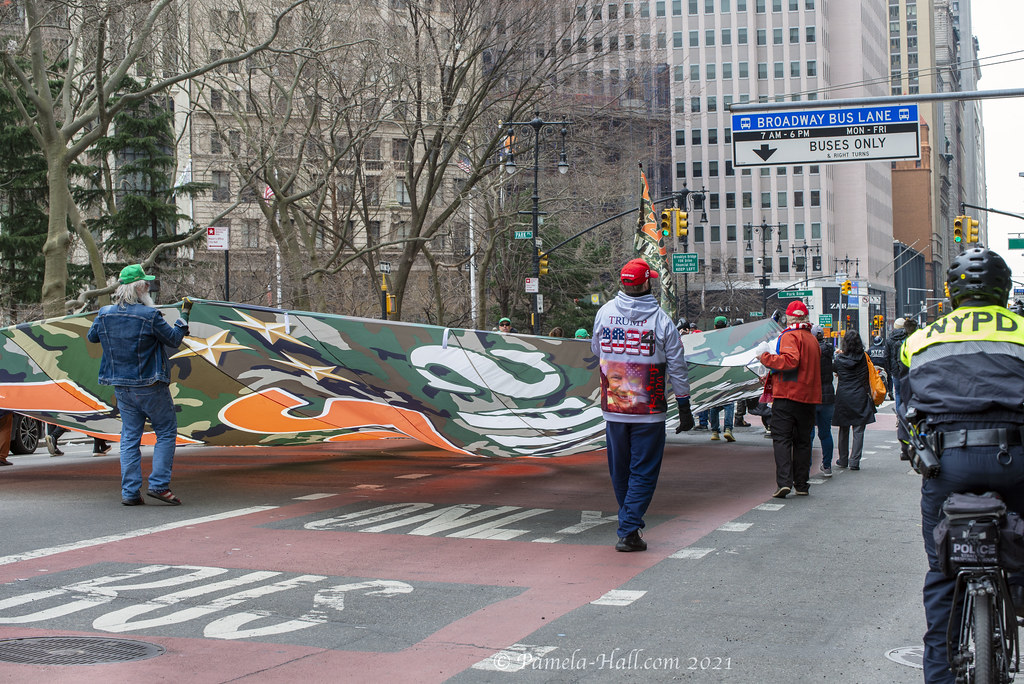 The "Trump 2024" patriots  marched down Broadway to Bowling Green where they stopped in front of the American Indian Museum. 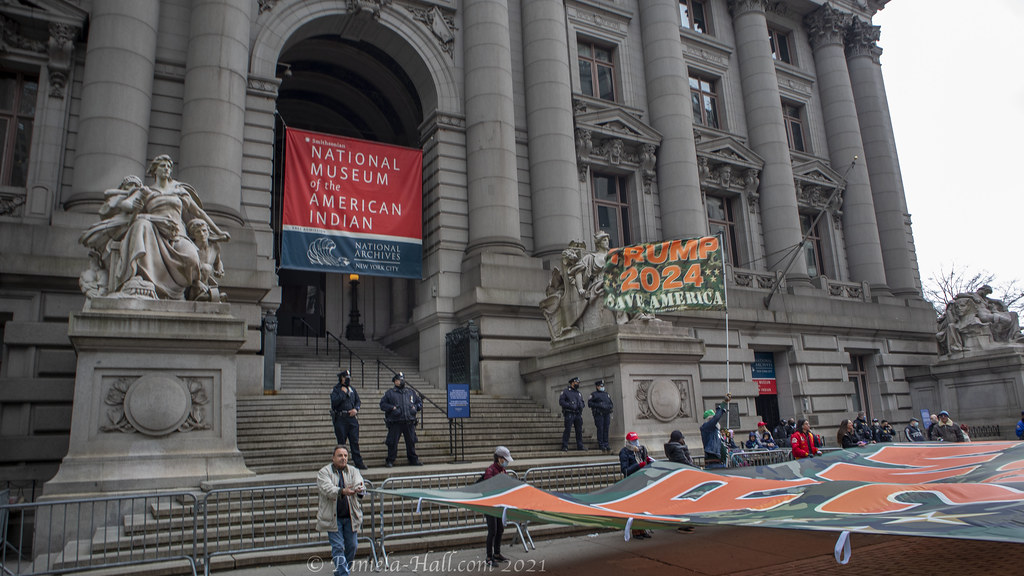 During the marchers were followed by a few harmless hecklers. 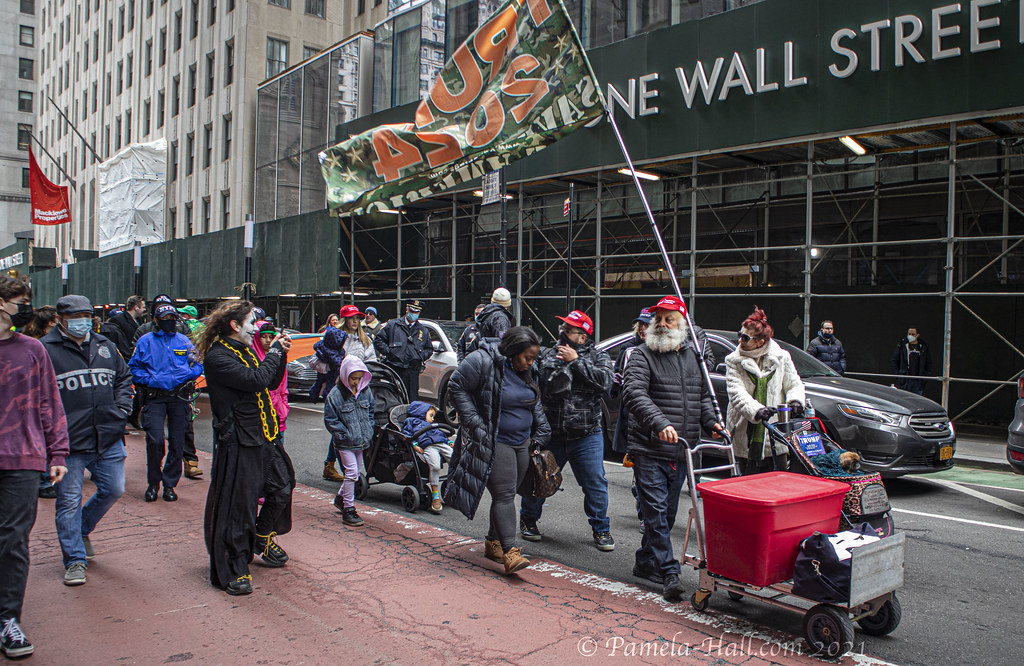 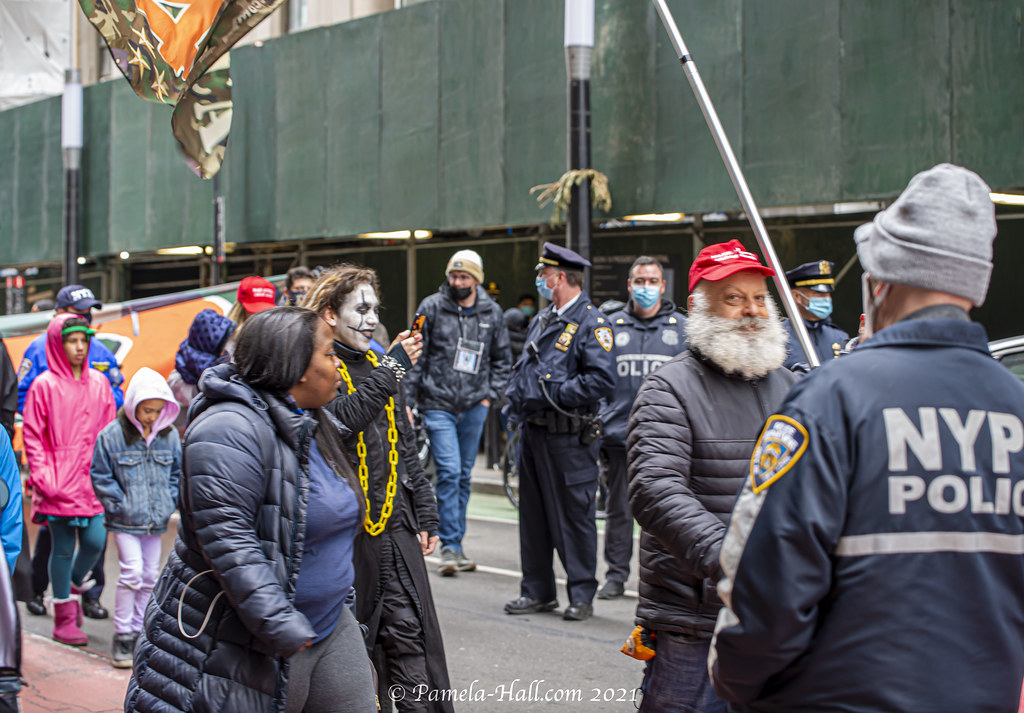 This green condom-adorned creature was annoyingly hard to shake. 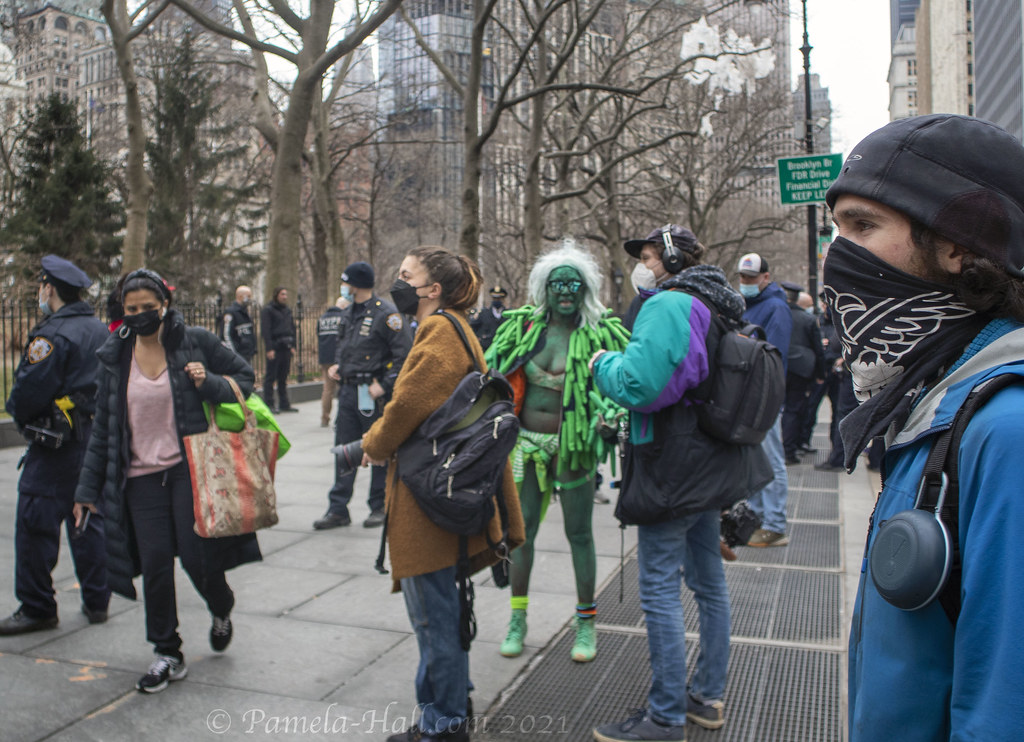 And one pushy heckler managed to block the flag - briefly. Once again, all was handled, quickly and peacefully. 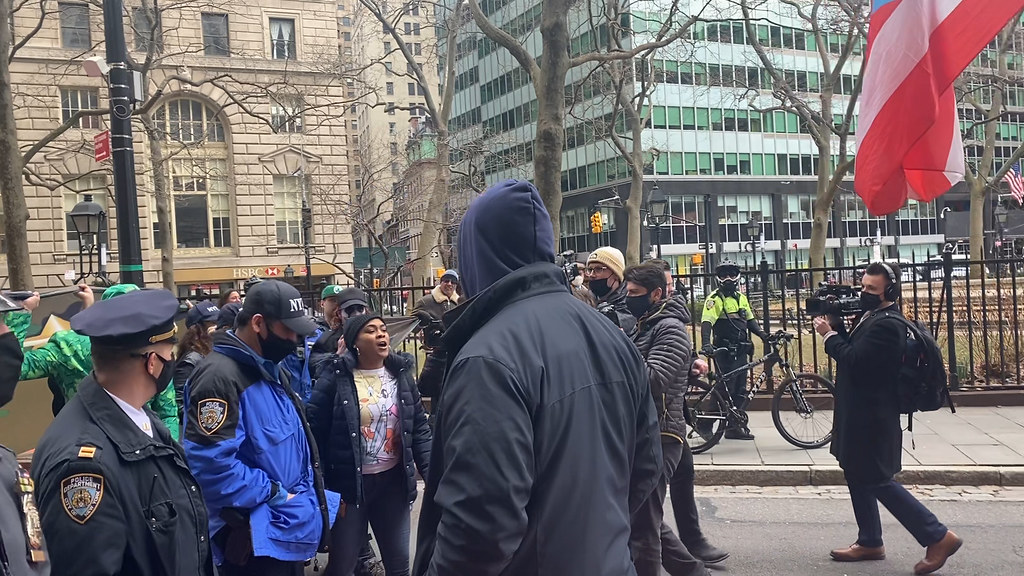 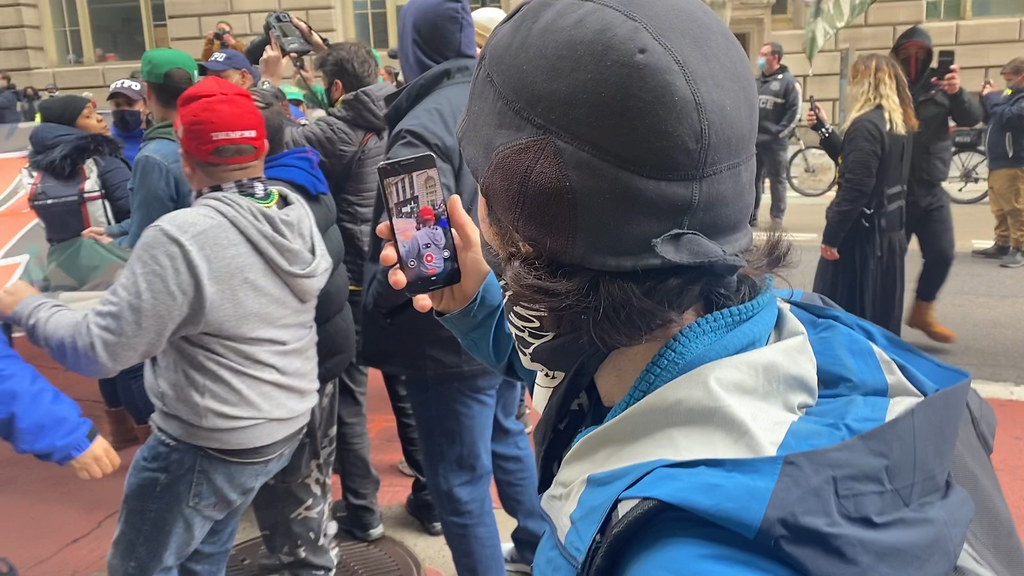 There were so many police, nothing became unmanageable. 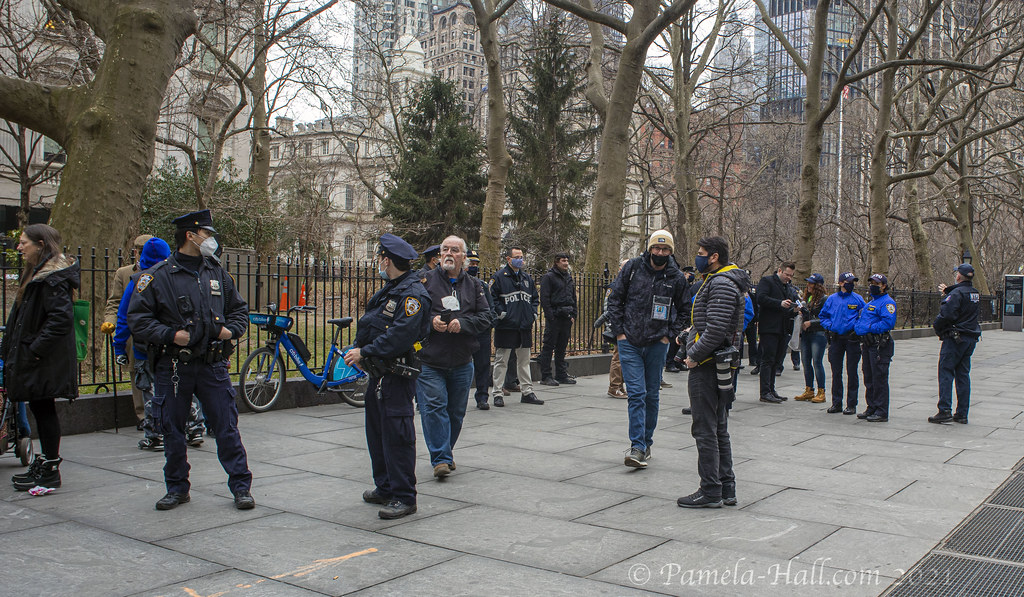 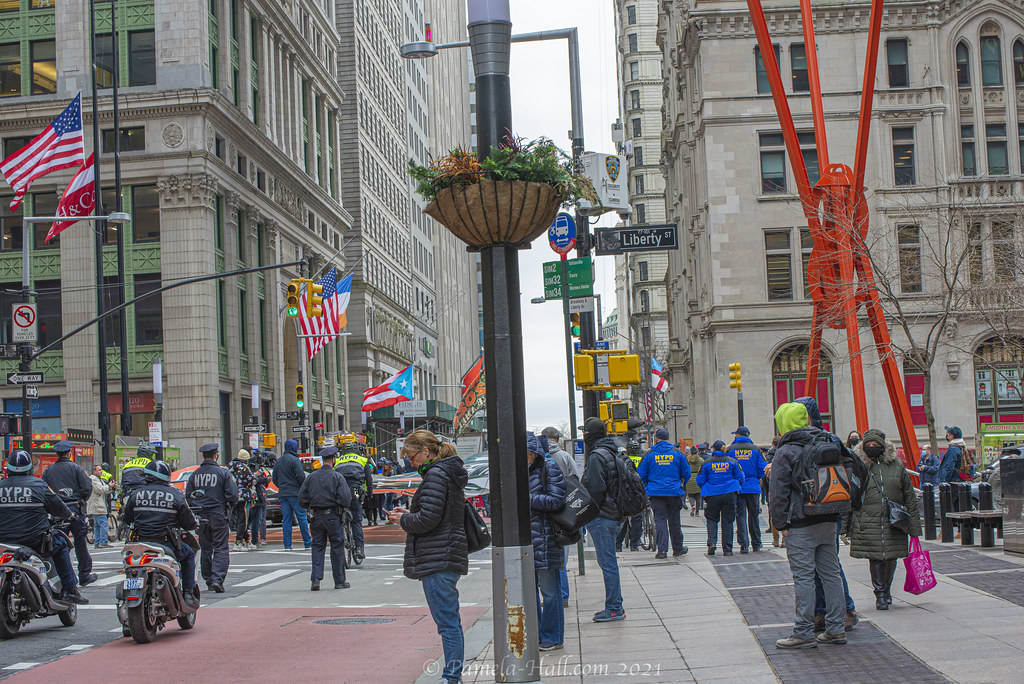 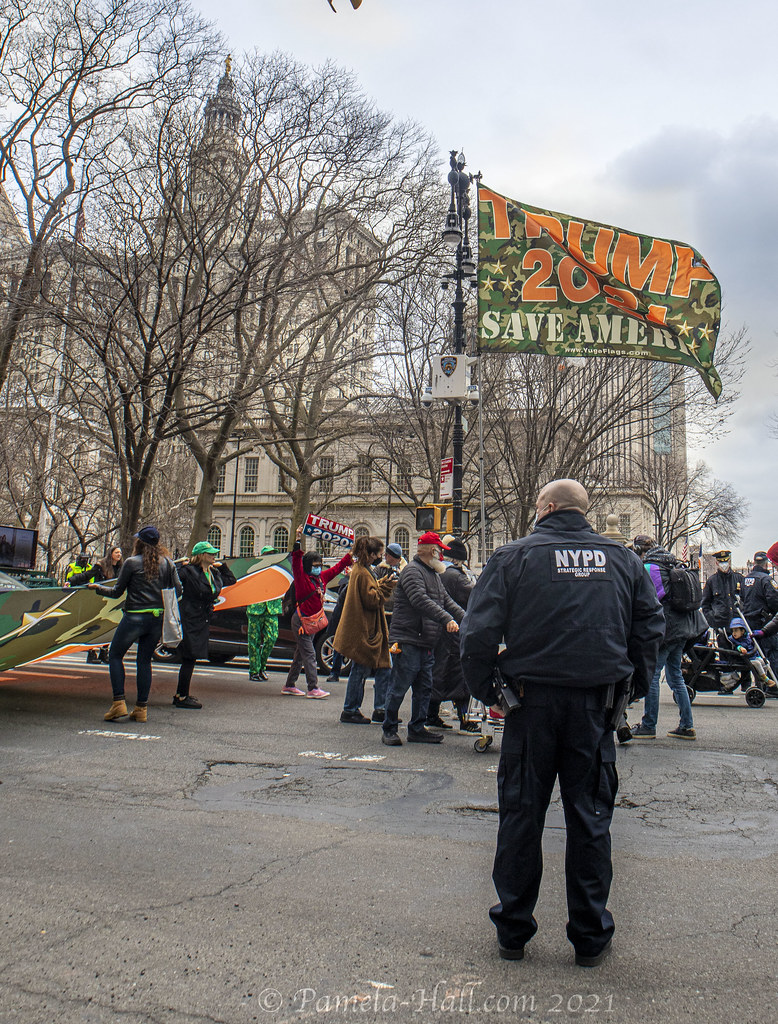 Lastly, as we came to the end of the island, some fun lower Manhattan history. 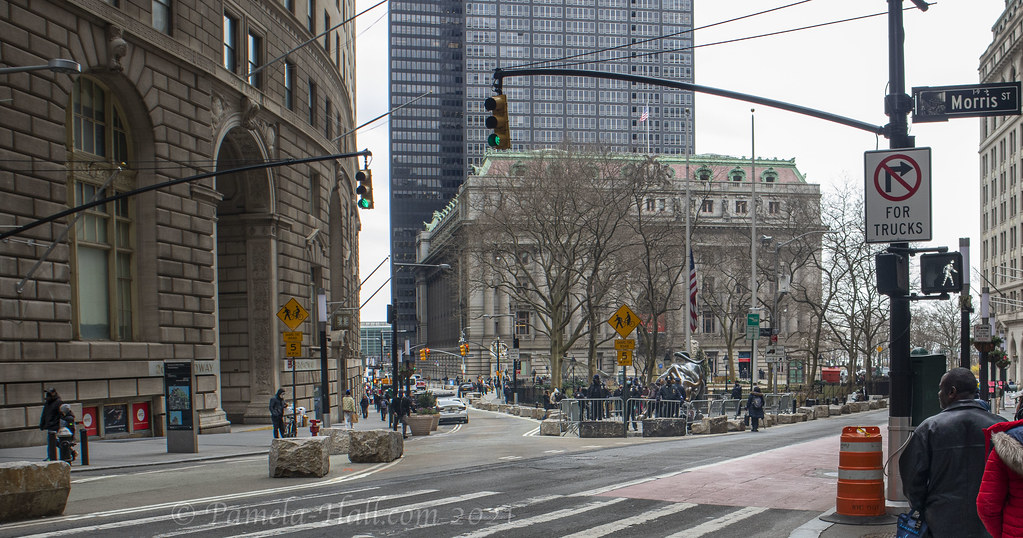 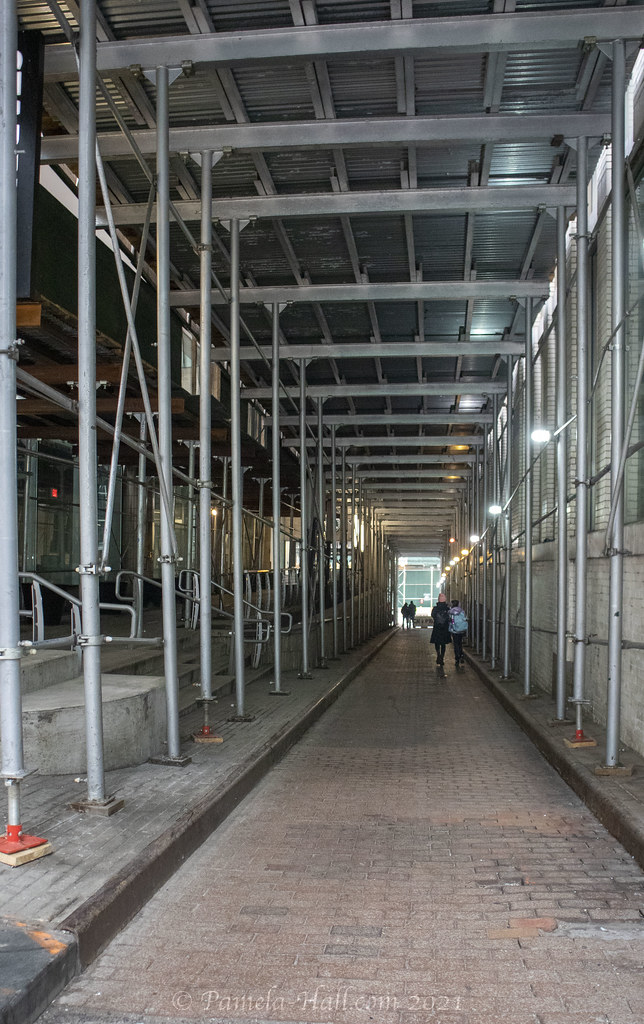 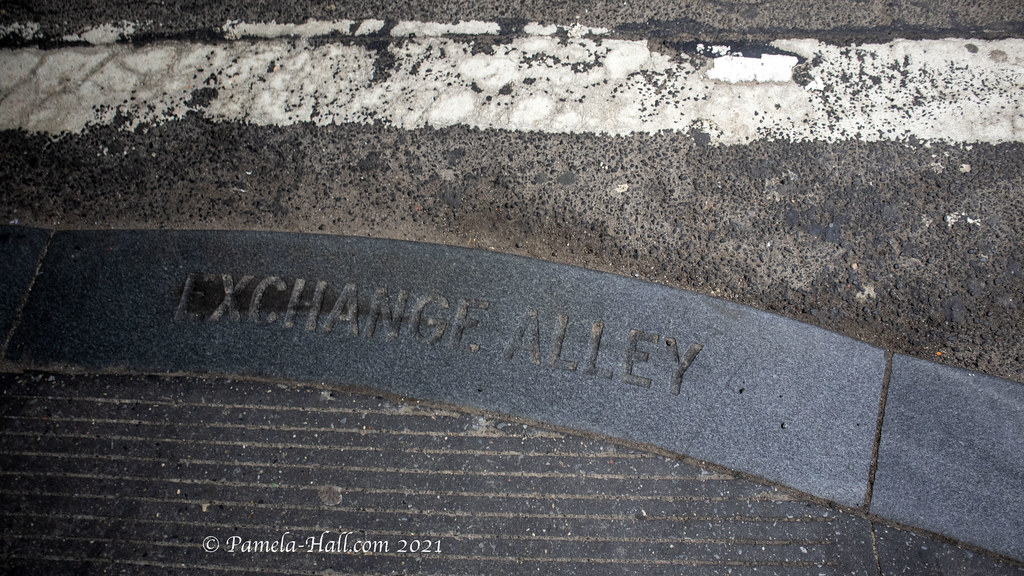 .At a width of just 25 feet total, Exchange Alley is the thinnest street in Manhattan that is open to vehicular traffic. It runs one block between Broadway and Trinity Place (above), and appears as a thin crack between #61 Broadway, the former Adams Exchange Building (constructed from 1912-1914, left) and One Exchange Plaza, a brick and glass tower built from 1982-1984. Trinity Place was one of the first streets laid out in Lower Manhattan beyond the city wall and was originally called Lumber Street until it was renamed in 1846.Both Exchange Alley and its eastern continuation, the rather wider Exchange Place, go back all the way to the Dutch era. Most of it was called Tuyn Street and its later English translation, Garden Street, but Exchange Alley, during the era of British occupation, had a somewhat more colorful name: Oyster Pasty Alley. 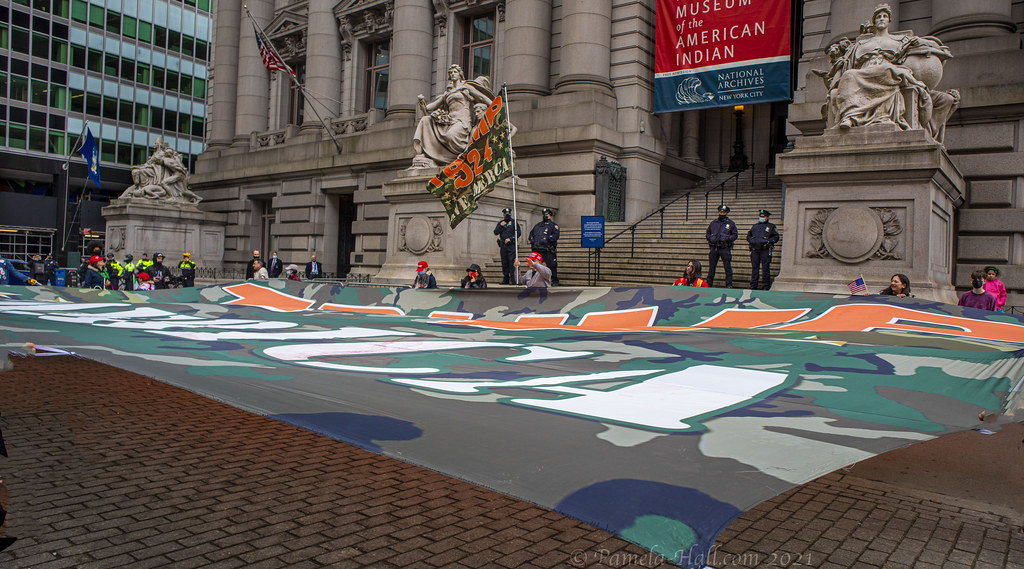 Throughout the course of New York’s nearly 400-year history, Bowling Green has seen its fair share of historic events. As the city’s oldest public park, it’s been repurposed several times over the years, serving not only as council grounds for Native American tribes, but also as a parade field, a cattle market and an actual bowling green for lawn bowling. 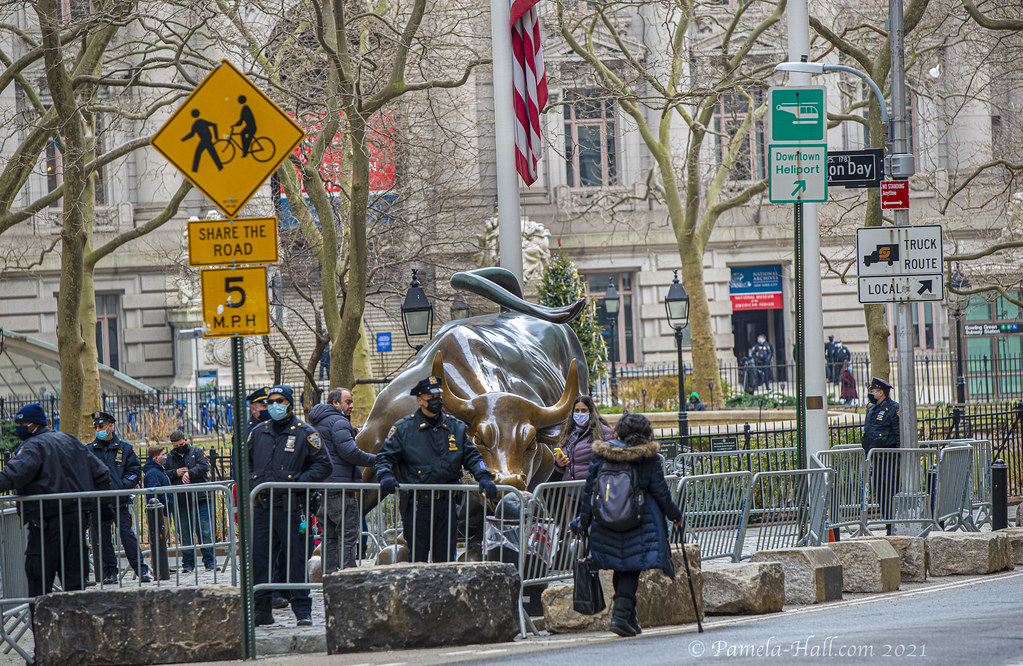 [Pictures and Videos, where indicated, property of VSB-Pamela Hall]