Dr. Jill Stein held a press conference rally  explaining WHY the VOTES should be RECOUNTED:


".... vowing to fight tooth and nail to verify the accuracy, security,
and fairness of the vote. call on Trump and his allies to stop putting
party politics above country, and verify the vote through common-
sense procedures demanded by voters. “We won’t stand down as
Donald Trump and his allies seek to frivolously obstruct the legal
processes set up to ensure we have a voting system we can trust and
that all votes have been counted,” said Stein. "

There were also way too many speakers that preceded her. But, since I was there-
I managed to record all but one of them and their mindless blather. I don't think that was the casefor most of the press that was impatiently waiting for Stein. As this note implies, I think they also grew weary of the passersby asking the same question over and over: See the Video Play list of  the guest speakers and Stein. I actually found them
interesting- even the attorney ....  who did go on and on and on....

Speaking in the videos:

Mark Crispin Miller, Professor at NYU, and the author of the book: Fooled Again, How the Right Stole the 2004 Elections.


From AP: :"Tensions between Stein and Clinton backers erupted Monday at her news conference outside of Trump Tower.
One Green Party speaker (Mark Crispin Miller) who preceded Stein took repeated swipes at Clinton, accusing
her of stealing the Democratic nomination from Vermont Sen. Bernie Sanders. Several Democrats in the crowd tried
to shout him down before they were heckled by other Stein supporters." 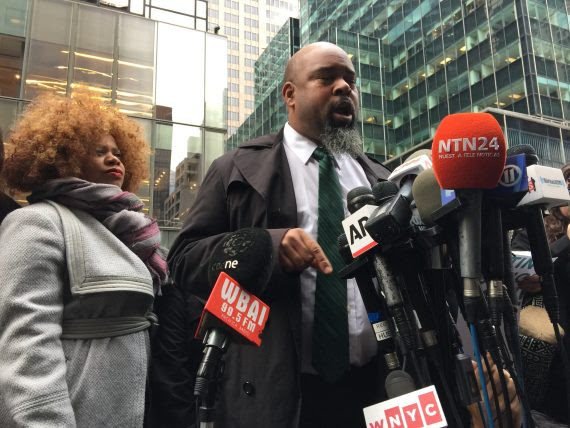 See Flickr slide show for more on the press conference:


+++
Here's the latest update on what you need to know about the various recounts:
Recount requests have now been received in all three states that Stein had listed on her fundraising website as goals -- Wisconsin, Pennsylvania and Michigan. Another state -- Nevada -- received a recount petition from Roque 'Rocky' De La Fuente, who ran as part of the American Delta Party. Two of the states in question -- Wisconsin and Pennsylvania -- have already begun required audits of their elections, which is done by checking the results of a random sample of voting machines to make sure the technology actually works. Michigan has 16 Electoral College votes, Wisconsin has 10, Pennsylvania has 20 and Nevada has six votes. The final Electoral College count is Trump with 306 votes, Clinton with 232.

If you're still invested in trying to stop Trump from getting to the White House in January, your efforts are best concentrated on a different technique. Your last best hope is probably the Hamilton Electors, an organization that's attempting to lobby members of the Electoral College to vote against Trump and potentially send the decision to the House of Representatives. As of right now, there are reportedly seven electors who are planning to defect from their state's popular vote and cast their ballot
for an alternative Republican candidate.
++

Wisconsin RECOUNT  Day 9
The net change is +1,322 votes. (The candidates gained and lost votes throughout wards in Wisconsin, so the totals below represent the amount they have gained or lost after overall losses are subtracted from overall gains.)

That means that Clinton has gained a net 49 votes over Trump, nowhere near what she would need to prevail in the state.
++ 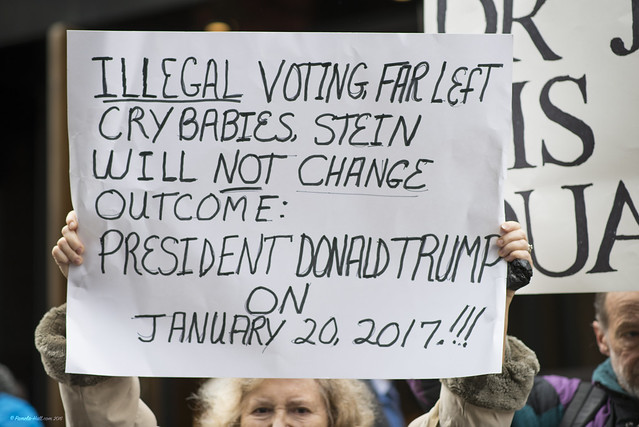