On Wednesday, August 26, 2015,  there was a Counter-Demonstration at  Congresswoman Maloney's Office

MoveOn.org had called their minions to over 175 events around the country to pressure our Legislators to vote FOR the VERY BAD Iran Deal.
.
Their irrational position that this deal will "prevent Iran from obtaining nuclear weapons" was countered by a group of patriots who went 'nose to nose' with Move On by countering the irrational with these rational positions:

NO DEAL IS BETTER THAN A BAD DEAL!WAR IS NOT THE ALTERNATIVE TO THIS BAD DEAL !From Move-On: "If we can secure enough pro-diplomacy Democrats, we can defend this solid deal and avert a war. And Rep. Maloney is key.Our nation's top nuclear scientists and top-ranking military brass agree: This is a good deal and the best way to keep our nation secure. In Washington, high-paid lobbyists bombard our members of Congress. So at home, they've got to hear from all of us—the folks they're supposed to represent."At first the Counter-Demo was engaged in civilized chat by the Move-on's ,  expressing calm disbelief that anyone would fear giving nukes to Iran. 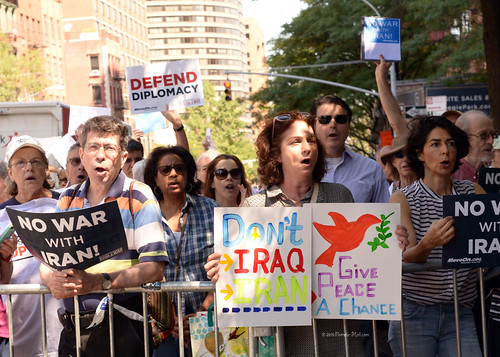 This lasted for about fifteen minutes until the novelty wore off.

Then everyone went to their  designated enclosures as the dueling chants began. (this, too, remained low-key.)

A  Slide show of pictures:


Perhaps their instigators, who love to argue, were downtown at Congressman Nadlers 'support' rally.  Maloney's rally was to CONVINCE  HER that it was a GOOD deal, giving nuclear weapons to the genocidal terrorists in Iran. 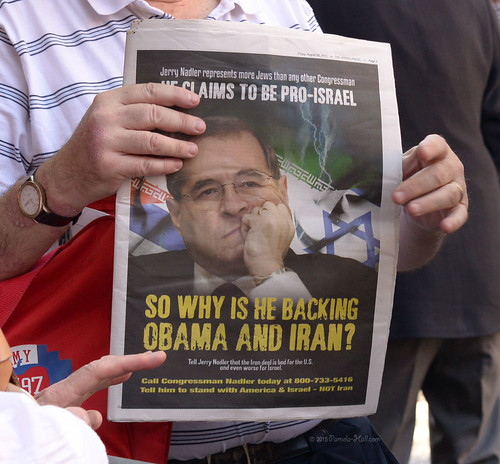 Congressman Nadler's rally was to THANK HIM for getting behind Obama's Folly.  No terrorist should be denied nuclear arms just because WE THINK they are terrorists. 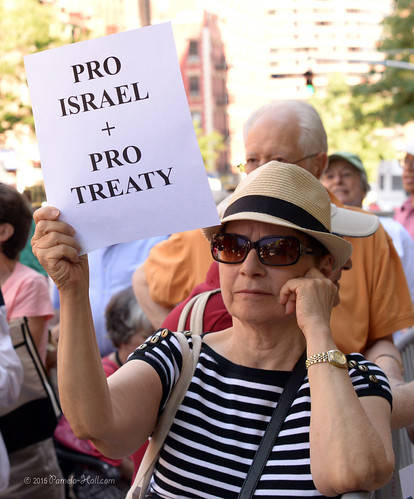 The chanting was boisterous from the Left. From the Right, it was dedicated but not quite as organized as the Progs-on-the-Left, after all, "chanting is their business".

No one expected anyone to change their minds, really, except perhaps Maloney.

After about an hour, the Move-On's handed a petition to Maloney's rep with the HOPE that these 3000 signatures would be the deciding factor, causing Maloney to swing her vote in favor of a NUCLEAR Iran. (didn't happen!) 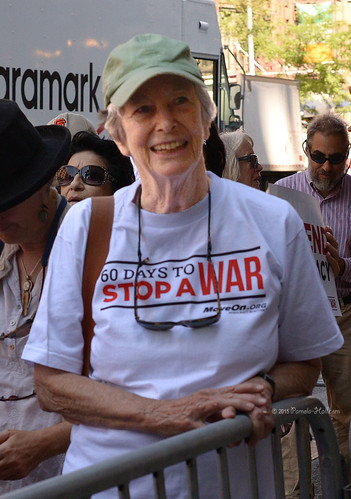 Rep. Carolyn Maloney said Wednesday she will vote to block President Obama's nuclear deal with Iran, following heavy pressure from foes and backers of the deal. "I'm against it," Maloney told the Daily News.

Maloney shared her decision on a day that saw dueling demonstrations for and against the pact outside her Manhattan district office.

Sens. Chuck Schumer and Kirsten Gillibrand have split on the deal, as have Maloney and Rep. Jerrold Nadler. Nadler, the only Jewish member of Congress from New York backing the agreement, has faced furious denunciations since announcing his view last week."I never expected the vicious nature of the opposition," Nadler told Jewish Week.

Other Jewish members who oppose the deal, including Reps. Nita Lowey, Steve Israel and Eliot Engel, defended him in a letter this week. Schumer issued a statement calling Nadler "one of the most steadfast supporters of Israel's security."

The Iran Sellout is the test of our generation. TAKE ACTION NOW!!! 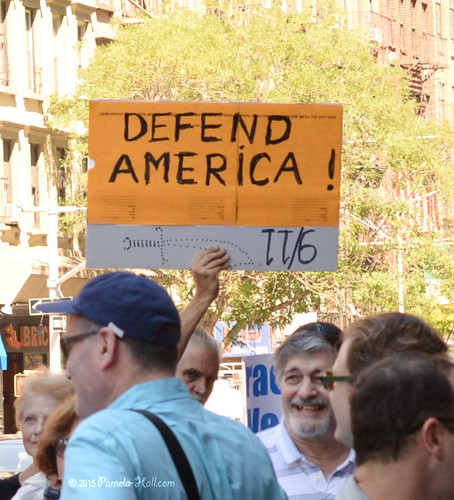 On a day when NYC's own Carolyn Maloney has come out against the horrific Iranian deal, we must be grateful for people of conscience and a sense of history like her. We thank her enormously! (Please call and thank her at 202-225-7994 or 212-860-0606.)

PEACE THROUGH STRENGTH IS THE ONLY ANSWER! 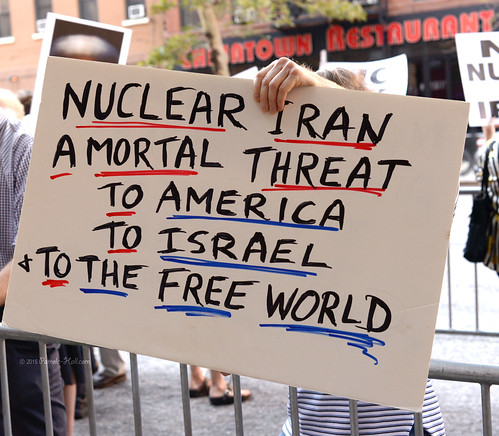 Coming up next On September 1, 2015:
.
RALLY AND PRESS CONFERENCE AGAINST NUCLEAR IRAN
New Yorkers plan to protest the Iran Deal at Senator Kirsten Gillibrand's Office. US Senators Lindsey Graham and Joe Lieberman, Families of Iranian Terror Victims will Speak at the Rally in front of Senator Gillibrand's office!

- On September 1,  The Stop Iran Rally, the grassroots movement that brought 15,000 people to Times Square in July, will protest against the dangerous deal with Iran at Senator Gillibrand's office in New York City.
.
US Republican Senator Lindsey Graham and retired US Democratic Senator Joe Lieberman will headline the bipartisan rally, where they will deliver a landmark foreign policy speech.

Family members of victims of Iranian terror, including the daughter of an Iranian journalist who died a political prisoner and the brother of a US Navy Seal tortured and killed on TWA Flight 847 by Iranian proxy Hezbollah, will also address the thousands of New Yorkers expected to attend the rally.
.
The Stop Iran Rally message is simple: "Vote No to a Nuclear Iran."  Simple, "Yes",  UNLESS you are a soc/commie/prog.

To them, what is simple can be so BIZARRE! 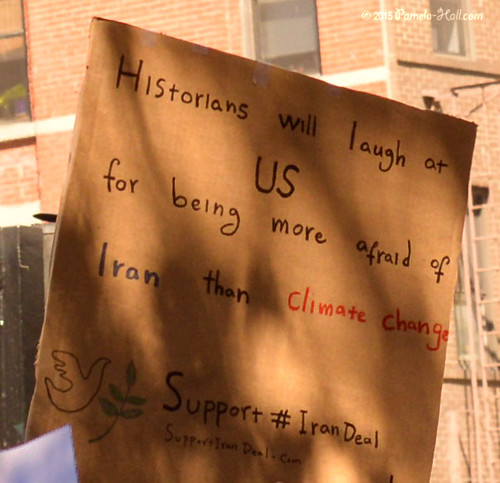